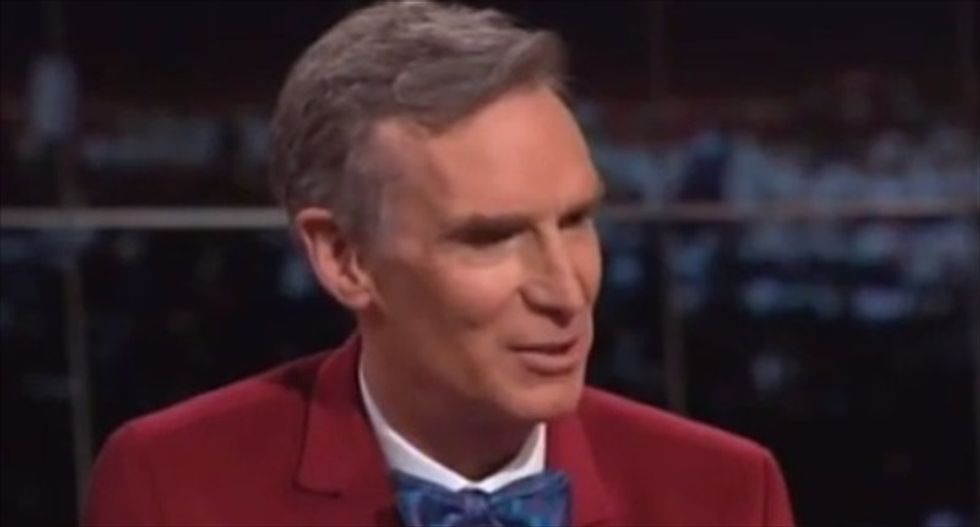 "It's not an issue for the feces-throwers and flat-earthers who you're talking about who vote in the primary," Maher said.

"You can't shoot it down," author Fran Lebowitz chimed in.

"Actually, there is a plan to pump sulfur dioxide into the air and reflect sunlight into the sky," Nye told her. "Are you high? You can't engineer a planet like that."

Nye told the panel that there is "milennial anger" among younger generations concerning the lack of action taken by their elders on the issue.

"You guys heard about it in 1988 -- James Hansen testified in front of Congress -- and you haven't done sh*t about it, what's wrong with you people?'" Nye said, explaining the argument.

"I would say to them, stop taking pictures of your food and do something about it," Lebowitz responded.

"I gotta disagree with you," Nye told her. "That's not the problem."

Maher threw in with Lebowitz, telling younger advocates, "You have to care about it more than I do. I've already had my fun with the planet."

Maher also criticized communities who seemed intent on "adapting" to pollution instead of changing their situations.

"I see people in Beijing and New Delhi, where they can't breathe, they just wear masks," Maher said. "If you can't breathe the f*cking air, wouldn't you want to make a fundamental change?"