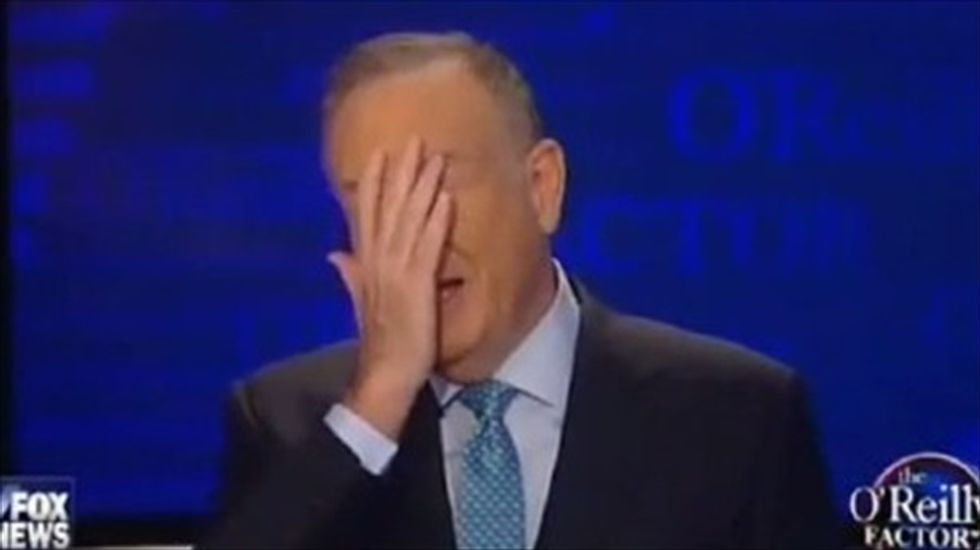 Bill O’Reilly has declared himself vindicated by newly unearthed footage of a 1982 riot in Argentina, despite the archive tapes failing to support his central claims in a dispute over the circumstances of his reporting.

The Fox News anchor showed excerpts of clips that had been released by CBS earlier on Monday at his request and claimed they backed up his descriptions of the peril he faced when reporting from the country at the end of the Falklands war.

“As I reported accurately, the violence was horrific,” O’Reilly told viewers of the O’Reilly Factor on Monday night. “In my reporting I told it exactly the way it was”.

O’Reilly has been accused by Mother Jones magazine of inflating his role in covering the Falklands war as a correspondent for CBS News. While O’Reilly has frequently claimed that he reported on the war from a “combat zone”, he in fact remained in Buenos Aires, the Argentinian capital, which was 1,200 miles away from the conflict.

The 65-year-old anchor – who in response to the article dismissed it as “total bullshit”, “disgusting”, “defamation” and “a piece of garbage” – had promised that the archive tapes would comprehensively disprove the charges against him.

Yet the four clips released by CBS did not back up O’Reilly’s repeated claims in recent years that Argentinian forces had mown down protesters with live ammunition, and that O’Reilly himself had seen several demonstrators being shot and killed.

The narrator of a CBS special report broadcast on the night of 15 June 1982, correspondent Eric Engberg, said police at the protests had used guns “that shot teargas and plastic bullets” and that witnesses had reported “some serious injuries”.

In a discussion following the excerpts on Monday night, O’Reilly suggested that his claims of fatalities had been based on “local reportage” from the time, and that he continued to “believe” that people had been killed.

However during a televised 2008 interview he described witnessing killings. “The Argentine troops shoot the people down in the street. They’re shooting them down. It’s not like rubber bullets or gas, people are dying alright,” O’Reilly told interviewer Marvin Kalb. Claiming that his crew had actually filmed the fatal shootings, he added: “It’s unbelievable, I mean people are just falling, ‘bing, bing, bing, bing’.”

The footage released on Monday also did not confirm an alleged incident that O’Reilly has recounted several times in recent years involving him and a CBS cameraman, Roberto Moreno. O’Reilly has said that after Moreno was left bleeding from an ear when trampled by protesters, O’Reilly dragged him to safety in a doorway.

Dan Rather, the CBS anchor, told viewers of the evening news bulletin on 15 June 1982 that “some television crew members were knocked to the ground” without elaborating. Rather’s correspondent, Bob Schieffer, said in his subsequent package that a Canadian TV crew had its car kicked and rocked, and an ABC camera team’s car was smashed with stones. Yet no mention was made of an incident involving a CBS crew.

Several of O’Reilly’s colleagues from the time have said they recall no such injury to one of the team. “He has displayed a willingness to twist the truth in a way that seeks to invent a battlefield that did not exist,” Engberg said of O’Reilly in a Facebook post . “He also ought to be ashamed of himself.”

The Guardian reported earlier on Monday that O’Reilly has told different versions of an encounter at gunpoint that he claims to have experienced after the injured cameraman incident – one involving a single armed soldier and the other several Argentinian troops.

O’Reilly also said on his syndicated radio show at least a decade ago that “people were shooting at me” while he reported in the field from south and central America – a claim that he appears not to have repeated in recent years.