CNN host destroys Roy Moore in epic interview: 'Our laws do not come from God and you know that' 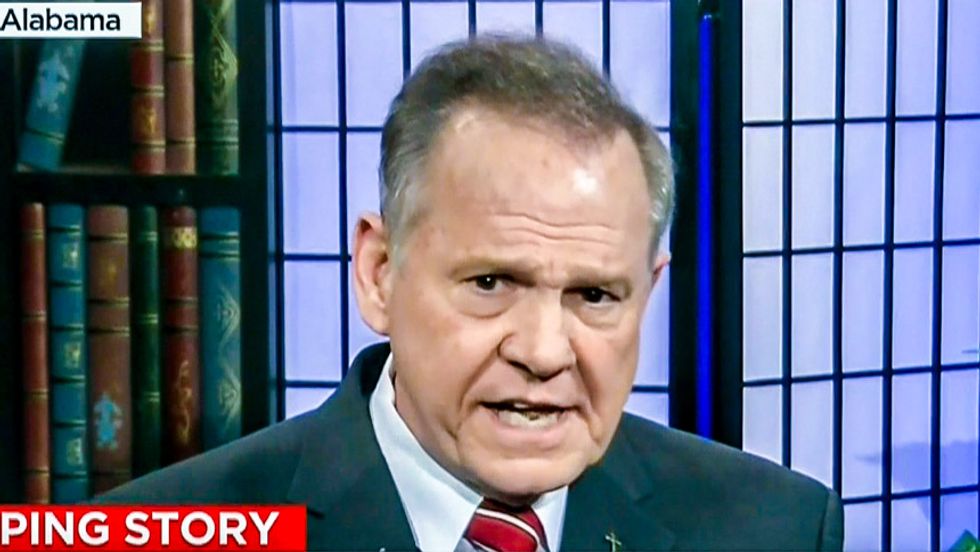 Over the weekend Moore had advised Alabama probate judges to refuse to issue marriage licenses to LGBT couples, a move that was compared to Gov. George Wallace blocking desegregation in the 1960s. On Monday, same-sex marriage licenses were issued in some Alabama counties, but more than 50 judges followed Moore's advice.

Moore told Cuomo on Thursday that he "dissented" from the federal court ruling because it was "exactly like" Supreme Court rulings that upheld slavery and segregation.

"I would suggest that your refusal goes to what you believe marriage is about, and not just to the law," Cuomo noted. "This is just like the Ten Commandments situation. You were told by the federal courts, remove the Ten Commandments from the public square. You didn't want to, and you wound up losing your job because of it."

"It's not about my feelings, it's about the law," Moore insisted. "And my law, Alabama law, states that I'm chief administrative officer of the judicial system and I must act when the jurisdiction of the probate courts is interfered with by one lone judge who has no power or authority to tell them how to interpret the federal Constitution."

"It's about discrimination," Cuomo said.

"It's about sexual preference overcoming an institution which has existed in our state, in our United States for centuries," Moore shot back.

"Is equal protection a matter for the Supreme Court?" Cuomo asked. "The answer is, of course, yes."

According to Moore, Alabama's gay marriage ban provided equal protection because LGBT people had a right to marry members of the opposite sex like everyone else.

"Our rights do not come from the Constitution, they come from God," Moore opined.

"You're citing that marriage is about a divine institution," Cuomo continued. "You're putting God before the laws of man. You're making it about that. And it's about your ideas of your faith about what marriage is."

"When you take the rules of your religion and you put them on everybody else, that is not what we do in this country. Your definition of marriage is based on your faith, you've said it a hundred times, that it is derived from God. That is not how it works here, and you know that. Equal protection applies to all by compromise. And you would even need to have a rational basis for why it would need to be only between a man and a woman, and all you can say is, 'Because God said so. It's always been that way.' That's not enough."