Cute kittens and 'listicles': Are readers tuning out hard news? 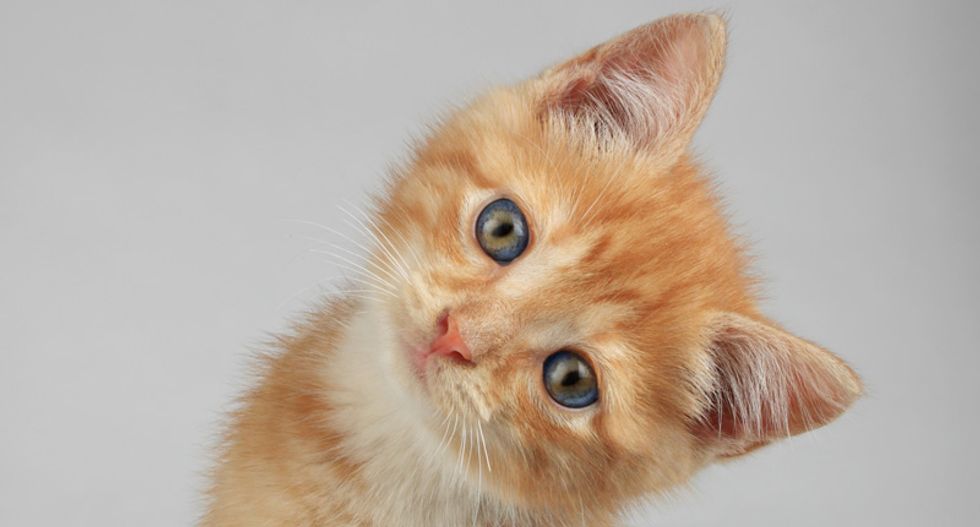 Back in the early 1990s, the then BBC newsreader Martyn Lewis suggested in a speech that we should have more good news stories on TV and in our newspapers to counter the depressing diet of traditional news. Lewis – who now claims he was threatened with the sack for speaking out (“my job was on the line”) – was lambasted by his journalistic peers for advocating what they saw as populist pap. Today, though, there are signs that “digital native” news media are looking again for a more positive approach.

Rob Orchard from Delayed Gratification, a magazine specializing in beautifully illustrated long-form journalism weeks after a story breaks, accepts his is a niche publication but hopes more news media will take the same direction: “We are reaching peak negativity in the news. The overall story the media creates, about how we are and how the world is, is no longer serving us and it’s increasingly at odds with our evolving sense of who we are, what works and what’s possible. Positive news can be credible journalism, it complements the news ecology system as a whole.”

And it’s not just at the journalistic fringes that people are worried about gloomy news. Although the Daily Mail is known for its doom-laden headlines and fear-inducing articles, its deputy editor Tony Gallagher, who edited the Daily Telegraph, accepts that scare stories don’t always reflect reality. “Crime is going down,” he says in a forthcoming Radio 4 documentary, “but you wouldn’t know that from looking at national media because we still cover the same number of crimes, the same number of murderous trials, so there is a danger that we are not reflecting the world.”

Mainstream news media are fighting for your attention, not just with other news outlets, but with the more comfortable alternatives of kittens, listicles and Scandi crime boxsets. The citizen’s relationship to news is changing and that is changing news. For example, research suggests that when they are online people prefer to share positive stories via social networks such as Facebook. So Gallagher says it pays to vary the diet: “We struggle very hard to find positive and uplifting stories because we’re keenly aware that it’s a miserable and gloomy world out there and so we jump on things that are jolly, aspirational, partly because we’re keen to ensure that people aren’t terrified by the time they finish reading the paper.”

The Mail is not alone. The BBC is also looking for ways to tell tough stories without people reaching for the off switch. Jamie Angus, editor of Radio 4’s Today programme, says the balance is particularly hard to get right with foreign news: “There’s an element about the repetition of covering extreme violence [that induces] desensitization and fatigue [when] you feel you’ve heard so many terrible things – as with Syria. And the story never changes, and the audience feel they have no sense of agency, no ability to change events in the region. Over time audiences start to tune out from the coverage.”

However, the news-consuming public still seem to prefer their news bad. It could be because we are neurologically hard-wired to attend to threats and to pay attention to conflict. “Good news” is dull and so at a time of economic crisis for journalism, you have to give the punters what they want. Don’t you? Gallagher thinks so: “If we were to provide the readers with a diet of [positive news] then they would soon discover that’s a rather boring place to live. Our news desk will see anything up to 2,000 stories a day, fewer than 100 will get into the Mail and by their nature they will be extraordinary. The news is gritty, it’s gloomy, it’s exciting, [readers] want to be surprised by what they are reading.”

The online news site Huffington Post has gone further and set up a separate section of “good news”. It is full of sentimental animal stories such as “Woman Gives Her Dying Dog A Bucket List Of A Lifetime”. But founder Arianna Huffington accepts that this is a crude way to rebalance news.

“The stories about dogs and kittens are the low-hanging fruit. It’s really about the truth. If we don’t cover positive stories with the same relentlessness and resources that we cover the negative stories, then we are giving readers a very jaundiced view of human nature. It’s changing. New technologies have changed the way people share stories and the stories they gravitate to. But journalists? They are the ones brought up to think that positive stories are ‘soft’ stories. We need to change the way we look at journalism.”

Kevin Sutcliffe, head of programming at Vice News, says that graphic and upsetting images need not put off an audience. “Our films are often very hard hitting. But we present them in a transparent and direct way that appeals to young viewers. Because we don’t put ourselves in the way of the story the viewer is much more likely to engage.”

This debate goes to the heart of what news is and what it does in an age when technology is transforming the way we understand our world. It might just be possible that we can have our news cake and eat it. The same digital technology that allows news to be faster, universal, accessible instantly and very graphic also allows it to be deeper, diverse and more intelligent. The choice for the consumer, if not the journalist, is not between good and bad news or even positive and negative. News can be informed and informing or crass, shallow and swift, but now it is all networked together. The choice is there for the journalists but it’s also there for consumers. Which do you want?

Charlie Beckett is director of the LSE’s journalism thinktank Polis. Good News, Bad News is on BBC Radio 4 at 1.30pm on 8 February

'Putting himself out to pasture’: Devin Nunes mocked after announcing he’s quitting Congress

US actor Jussie Smollett on Monday denied fabricating a hate crime against himself during his trial in Chicago, a case that sparked a wave of national outrage.

The former "Empire" star was accused in 2019 of orchestrating a hoax racist attack in the Midwestern city to gain publicity and secure a bigger paycheck.

'We all know they're lying!' Morning Joe busts Pentagon 'coverup' of Trump links to Jan. 6 riot

MSNBC's Joe Scarborough reacted to the latest bombshell revelations about the Jan. 6 insurrection.

Col. Earl Matthews, a D.C. National Guard official at the time, issued a scathing 36-page memo accusing Gen. Charles Flynn, who served as deputy chief of staff for operations on Jan. 6, and Lt. Gen. Walter Piatt, the director of Army staff, of lying to Congress about their response to the U.S. Capitol riot -- and the "Morning Joe" host said investigators must unravel the coordination between Donald Trump's White House and the Pentagon on that day.