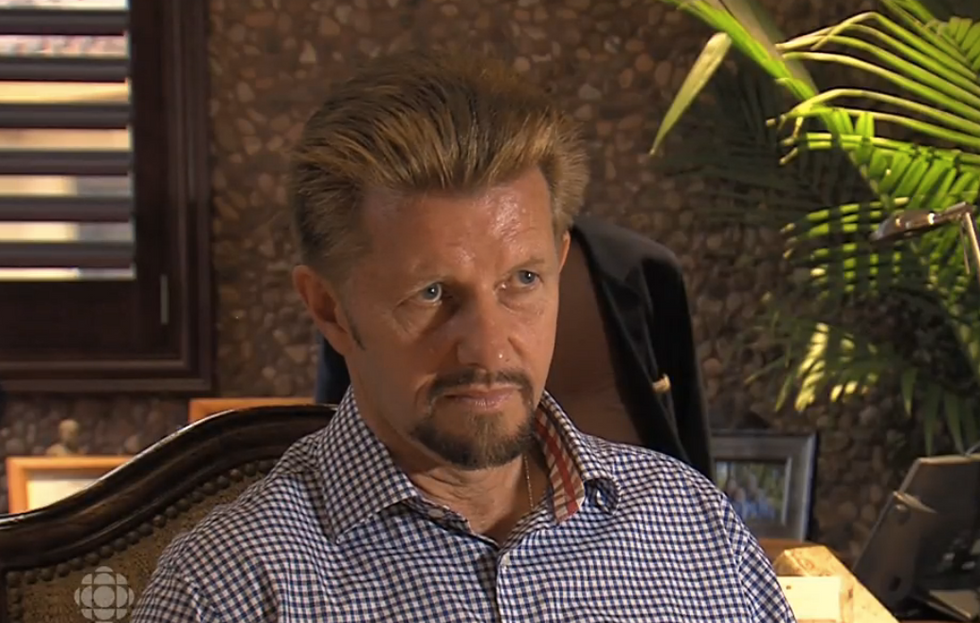 A controversial herbal "healer" and naturopath is under fire after the death of a teen girl he was treating for leukemia using a strict vegan diet and herbal supplements.

The Canadian Broadcasting Company reported on the death of the teen girl, who was from one of Ontario, Canada's aboriginal First Nation tribes. Another teen girl from the same community is still in the care of Brian Clement, who Florida officials have ordered to stop practicing medicine and calling himself a doctor.

Clement operates the Hippocrates Institute, a spa-cum-clinic in Orlando, Florida where patients with serious diseases have been treated with what the state of Florida is calling "unproven and possibly dangerous therapies."

Clement urges his patients to forego conventional medicine like chemotherapy in favor of veganism, supplements, juices and a raw diet.

Makayla Sault was 11 years old last July when she left chemotherapy in Hamilton, Ontario, to attend the Hippocrates Institute, which is licensed in Florida as a massage parlor. The girl died in January. The Ontario coroner's office is investigating.

In the meantime, however, Clement has been ordered to cease and desist in calling himself a doctor -- he is licensed only as a nutritionist, not a medical doctor -- and to stop providing medical care to patients. The state issued their orders, along with a $3,738 fine, to Clement on Feb. 10. He was given 30 days to respond. He is facing possible felony charges of practicing medicine without a license.

Another girl is still under Clement's care. The CBC identified her only as J.J., an 11-year-old, also from the First Nations. J.J.'s mother said that Clement assured her that if she took her daughter off of chemotherapy, that his clinic could cure her cancer and save her life.

J.J., she said, was treated at Hippocrates with laser therapy, IV vitamin supplements and a strict raw food diet.

Clement denies telling the woman that he could cure the girl's cancer or that his clinic has ever made such claims. However, the institute faced charges in 1982 in Massachusetts, when Clement was based in Boston.

Massachusetts authorities charged Hippocrates and a related institute at least twice, said the National Post, for claiming to cure a wide variety of serious diseases with wheatgrass juice and other alternative treatments.

The state prosecutor in Massachusetts accused Clement of claiming his treatments could cure AIDS, serious burns, diabetes, cancer and other illnesses, as well as fraudulent claims by Clement that he had been honored by the Nobel Prize committee.

The Post said that Clement claims to have cured "thousands and thousands" of terminally ill people of their ailments.

A spokeswoman for Hippocrates said that state authorities are in the wrong and acting on hearsay.

"Clement claims to have a doctorate of naturopathic medicine and a PhD in nutrition from the University of Science Arts and Technology (USAT), based in Montserrat," said the CBC.

However, when they contacted USAT's president Orien Tulp, he said, "Brian Clement, he is not a naturopathic doctor from USAT. I can guarantee that. He shouldn’t be making false claims for one. If he is, I’ll withdraw his degree."

University of Illinois professor George Gollin -- who has investigated USAT in the past -- told CBC that the institution is "horrible."

"I could have printed him a degree on a laser printer and it would be … just as indicative of training and skills. What I think is terrible is that he’s using this, as I understand it, to treat patients who are desperately sick children," Gollin said.

Speaker Nancy Pelosi will transmit the House's Article of Impeachment against Donald Trump for the incitement of the January 6 insurrection to the Senate on Monday. Once the Senate has received the Article it is constitutionally bound to take it up immediately.

On Thursday Senate Minority Leader Mitch McConnell said his conference would be comfortable with waiting two weeks before beginning the trial of the former president, Donald J. Trump. Speaker Pelosi's answer to McConnell, in action if not words, was no.