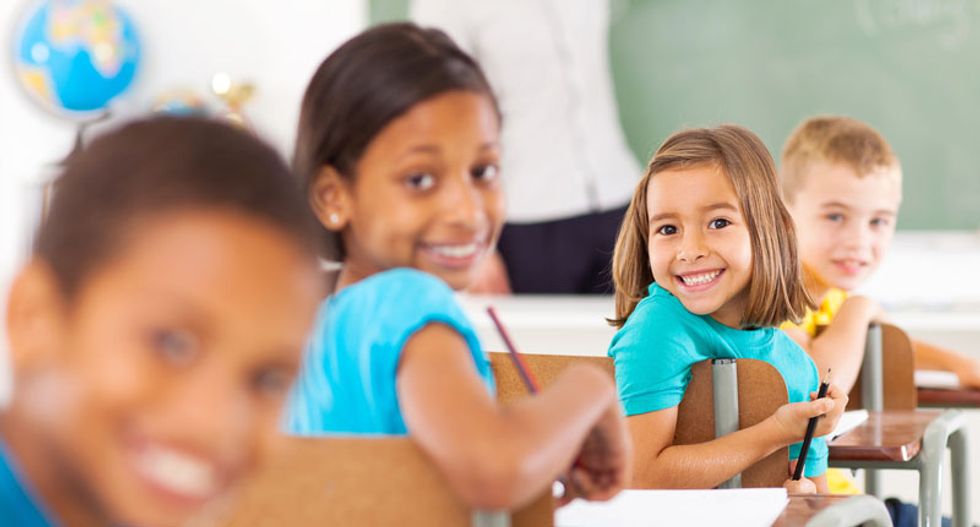 The Freedom From Religion Foundation filed a lawsuit against the Emanuel County School System in Swainsboro, Georgia after a teacher insisted that the children of atheists participate in daily prayers.

According to the lawsuit, teachers Kaytrene Bright and Cel Thompson forced the children of anonymous plaintiffs Jane and John Doe to join their classmates in prayer or leave the classroom.

Before lunch, the teacher of Jamie Doe would ask the class to bow their heads, fold their hands, and say, "God our Father, we give thanks, for our many blessings. Amen."

Jessie Doe's teacher, Kaytrene Bright, would ask students to say, "God is great, God is good, let us thank Him for our food. Thank you for our daily prayer. Amen."

When John and Jane Doe learned of this, they contacted Swainsboro Primary School Principal Valorie Watkins, who told them that if they didn't want their children to pray, their only recourse would be to have their children leave the classroom while the other children offered thanks to God.

Once this policy was initiated, Jamie told her parents that she began being teased by other students. Jesse said that his teacher, Kaytrene Bright, "used her mean voice" when she sent Jesse into the hallway, and pressured Jesse to pray.

Bright told Jesse that Jane Doe was a "bad person" for not believing in God, and eventually wore Jesse down to the point where Jesse joined in the classroom prayers.

Dan Barker, the co-president of the Freedom From Religion Foundation, said that "[i]t should not be necessary for FFRF to sue over such an obvious violation of specific Supreme Court decisions barring devotions from our public schools."

""No child in our secular school system or their parents," he added, "should be subjected to prayer, or stigmatized when their parents speak up to defend the Establishment Clause. But unfortunately, it appears a lawsuit will be the only way to protect the freedom of conscience of these young children."