Homeless woman forced to walk 8 miles to court or her rapist 'would have walked' free, police say 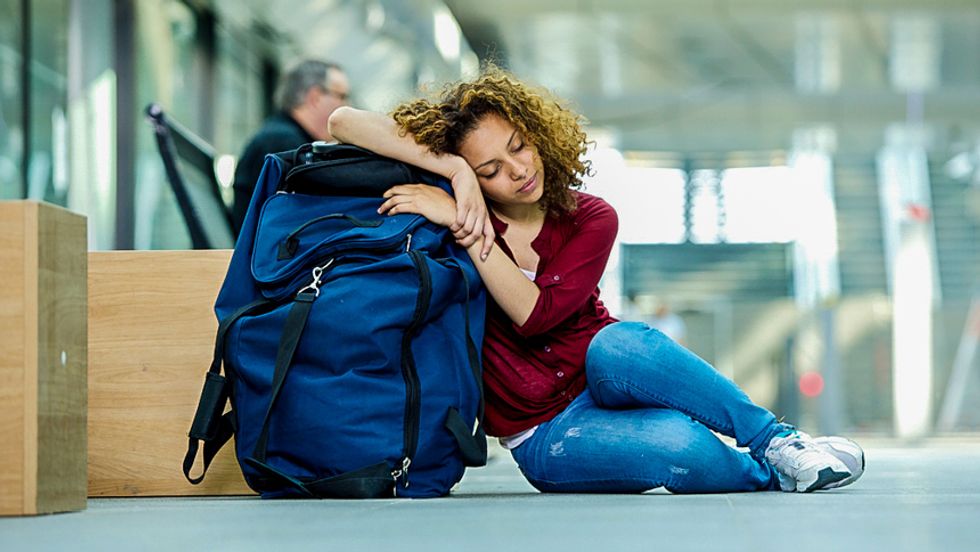 Portrait of a tired young woman sleeping at airport (Shutterstock.com)

A homeless woman in Ohio said that she sometimes had to walk three hours to court or the man who raped her would have been free to victimize another woman.

The Columbus Dispatch reported that the homeless woman had been raped on March 12 last year while she was sleeping under an E. Broad Street bridge.

She said that the man repeatedly struck her in the head before raping her. A forensic exam later recovered DNA evidence that linked the crime to 54-year-old Paul E. Hubert.

Hubert had claimed that he paid the woman to have sex with him, but injuries on the victim contradicted his story.

Over the course of the trial, the woman said she made the 8-mile round trip to court at least a half-dozen times. Sometimes she was able to take the bus using money from prosecutors or from panhandling, but she was forced to walk three hours on at least two occasions.

Detective James Ashenhurst with the Columbus Police Department's sexual assault unit pointed out that Hubert would have been back on the street if it had not been for the victim's perseverance.

“He was counting on her not showing up,” Ashenhurst noted. “If it wasn’t for her cooperation, he would have walked.”

The woman said that she felt that she had no choice.

“I didn’t want to see him do it to anyone else,” she explained. “If he would do that to me, imagine what he might do to his next victim.”

As part of Hubert's plea deal, he pleaded guilty to rape and was sentenced to three years in prison. He will also have to register as a sex offender every 90 days for the rest of his life.

The Columbus Dispatch reported that the victim "cried quietly" when the judge read the sentence.

“He didn’t get as much time as I thought he should, but he’s getting his due justice,” the woman told the paper. “He has to report for the rest of his life."

“I just have to have these feelings for the rest of my life. I only have to report to myself."

Community Shelter Board spokesperson Sara Loken said that finding shelter for every woman was a priority because being homeless was a "very scary situation" for women.

In fact, the woman who was attacked by Hubert said that she was still homeless after two years even though she wanted to find housing.

“The fact that she’s still on the streets is one of the things that’s most concerning about this," Loken agreed. "There’s no reason for that.”

Republicans in the Senate are losing yet another key incumbent for the 2022 election cycle.

Sen. Roy Blunt (R-MO) announced on Monday that he will not seek re-election next year, following fellow Sens. Pat Toomey (R-PA) and Rob Portman (R-OH) out the door.