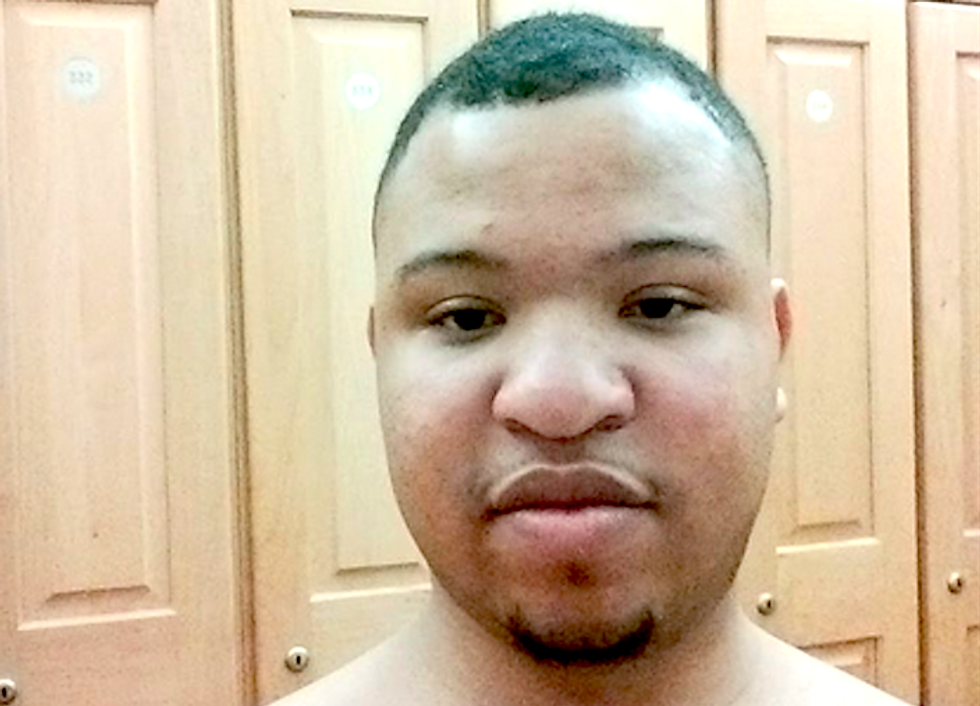 The Missouri man whose gay-to-straight "conversion" video went viral last year said that the clip has cost him, "mentally and physically," and that he continues to struggle with his desires for other men.

According to WWBT Channel 12, Andrew Caldwell prays daily for God to make him more masculine and less "like a woman."

Millions of people watched and shared the video of Caldwell during a "call up" to the front of the church at the 2014 Church of God in Christ conference in St. Louis. Some Christian denominations feature a point in their services at which sinners are called to the altar by an inner voice to repent their sins and testify before the church about their "deliverance" into a state of holy grace.

Some people believe that Caldwell was joking or that the clip was a comedy skit, but he assured Channel 12 that he was deadly in earnest.

He continued, "I went up there because I needed prayer that day. I needed so much prayer.”

Caldwell said that he felt tremendous pressure after hearing Pastor Earl Carter speak about the evils of homosexuality.

Carter said in his sermon that gay men are "sissies" who God abhors. The pastor compared acknowledging and living with one's same-sex attractions to "going over (a) cliff" and warned that gay men "bleed from their butts."

"I don’t hate gays," Carter claims. "I’m just like the doctor who hates disease, I fight the disease. My gospel is like chemotherapy. We try to get to the disease.”

After Carter's sermon in St. Louis and Caldwell's humiliation in the media, Bishop Charles E. Blake, Sr. of the Church of God in Christ issued a conciliatory statement.

"I apologize for what seemed to be a harsh, uncompassionate, disrespectful spirit on the part of that speaker. I also apologize to Andrew Caldwell. We love all people regardless of their faith or their moral standing," Blake wrote.

Caldwell said that the apology does not satisfy him.

"They think that they can preach the homosexuals away in the Church of God in Christ," he said. "And you can't."

"I still have desires," he confessed.

When asked if he regrets the video going viral, Caldwell is emphatic.

"I do hold regrets," he said. "Because my life has been in danger."

As recently as this week, Caldwell said that he has been attacked and taunted with slurs.

On Facebook, Caldwell wrote, "Ever since I talked about my deliverance from the sin of homosexuality, I have been receiving threatening messages by email and social media. I fear for my life. I have been physically and verbally attacked. I feel that I will have to do whatever it takes to protect myself."

"That video cost a lot to me...mentally and physically," Caldwell told Channel 12. "I feel that, if I was delivered, God should deliver me more. But I know it takes a process. But I think it is going a little bit slow. I want God to work on my mannerisms. I want God to stop the switching...talking like a woman."

He asked that people pray for him.

"Continue to pray for me," said Caldwell to viewers. "Because I am going through a lot each and every day."