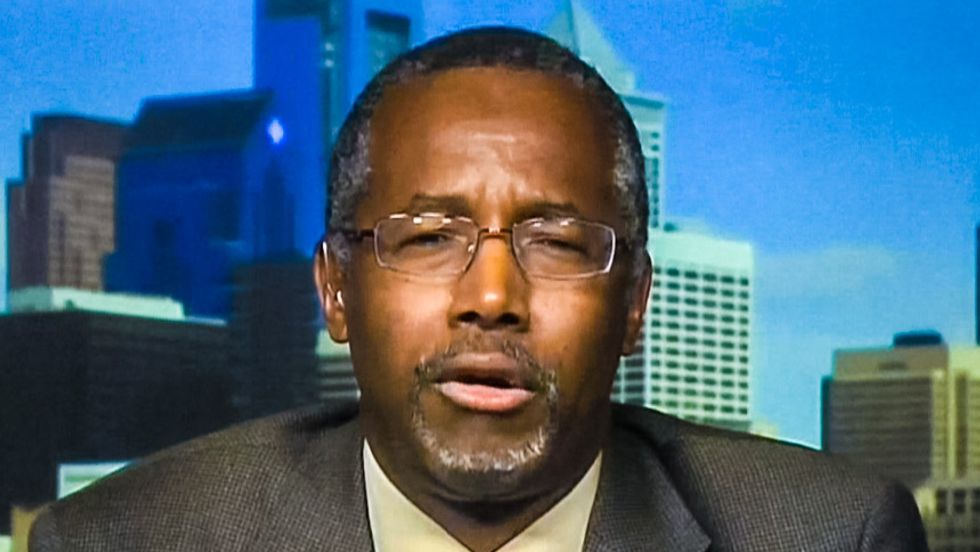 Possible 2016 Republican presidential hopeful Ben Carson waded into the debate over vaccines on Sunday by telling Fox News Sunday host Chris Wallace that it's inappropriate to frame vaccinations and the resurgence of measles as a partisan issue.

As the nation grapples with its historic measles outbreak, potential presidential candidates weighed in this week, with both New Jersey Gov. Chris Christie (R) and Sen. Rand Paul (R-KY) taking heat for appearing to pander to anti-vaccination hysteria.

On Sunday, Carson -- a former pediatric neurosurgeon -- told Wallace, "What we really have to look at is that we've learned a lot about immunology and the science behind vaccinations. And we've made tremendous progress in eliminating some devastating diseases over the decades."

"What happened a few years ago," continued Carson, "is that information was disseminated inappropriately about terrible side effects from vaccinations. All of that was carefully investigated and debunked."

There are still people who are "legitimately concerned," he said, but they just need to be educated. There are minuscule risks associated with vaccines, yes, but "you have to look at the overall good."

Wallace asked Carson if he feels that it's fair for some people to label the Republican Party as people "who deny science, whether it is vaccinations or climate change or evolution."

"No, it's not fair at all," said Carson. "It's not a partisan issue. You look in California, the places where outbreaks have occurred are blue areas, Democratic areas where people have said 'We don't need this anymore.'"

Nonetheless, he said, "it's not a Democratic or Republican issue at all. A lot of people want to make everything partisan."

This moderate take is unusual for Carson, who in the past has staked out positions to the far right of even some fellow Republicans.

Women must be "re-educated," he said in 2013, to not get so "riled up" about their access to abortion.

“What we need to do is re-educate the women to understand that they are the defenders of these babies," he said.

Carson is a staunch marriage equality opponent, saying that to allow same-sex marriages to stand jeopardizes "everything in the Bible."

Carson has also compared same-sex relationships to pedophilia and bestiality.

In 2014, Carson said that Obamacare, if implemented, will be "the worst thing that's happened to this nation since slavery."