'It's My Party': Feminist singer Lesley Gore dead at 68 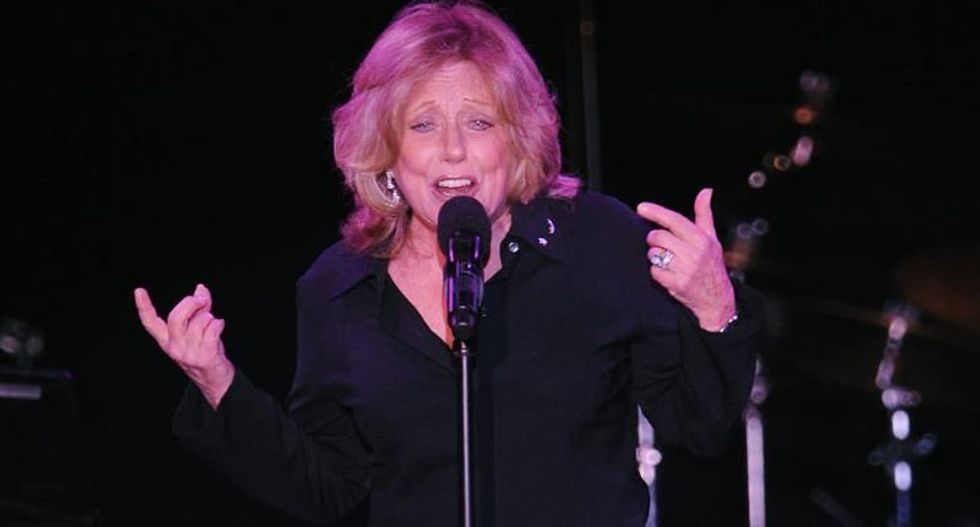 Lesley Gore, who became a breakthrough teen star with her 1963 hit "It's My Party" and emerged as an early feminist in pop music, has died at 68.

Her death was announced by her longtime partner, jewelry designer Lois Sasson, who said that Gore died from lung cancer at a New York City hospital.

Gore, born as Lesley Goldstein, was a middle-class teenager when, as legend has it, one of her recordings from a voice lesson in New York found its way to legendary producer Quincy Jones.

Jones was soon visiting her family home in New Jersey and persuaded her to sing "It's My Party," which had already been recorded as a minor track by the English jazz singer Helen Shapiro.

Built up with studio effects including a doubling of Gore's voice and backing horns, "It's My Party" turned the 16-year-old into a pop sensation well before the concept of a teenybopper star was mainstream.

The lyrics to the song -- "It's my party / And I'll cry if I want to / You would cry, too, if it happened to you" -- have become quotable for generations of Americans charmed by the song's tale of a girl stood up by a boyfriend who leaves with "Judy."

Even as the song evoked the dating scene in the conservative post-World War II era, Gore herself was lesbian, although she says that she did not realize her sexual orientation until she was in her 20s.

The song, later covered by Dusty Springfield and by a trio including Bette Midler in the movie "The First Wives Club," was unusually forthright in an era long before Beyonce and other successful women in music have embraced feminism.

In a 2005 interview, Gore said that unlike Hollywood, the music industry has "always been a man's world."

"It's always been a patriarchal situation, and it always puts women, not necessarily down, but certainly on a lower rung," she told AfterEllen, an online publication about lesbian and bisexual women in entertainment.

However, she credited Jones as a "great mentor," saying that he was "a very sensitive man and a beautiful human being."

"He was able to get a great performance out of me because he made me feel comfortable in the studio," Gore said.

Gore said in the interview that she never hid her sexual orientation but was careful not to "put it in anybody's face."

"There were was very little acceptance of gay people. I think the record industry, by and large what's left of it, is still totally homophobic."

Gore kept recording and in 2005 released a comeback album, "Ever Since." She also made cameo appearances on the "Batman" television series of the 1960s and was nominated for an Oscar for writing the music to the 1980 film "Fame" with her brother Michael Gore.

Gore also embraced her international audience. A professed fan of Charles Aznavour, Gore recorded versions of her original songs in French, as well as German and Italian.

But she never reached the fame of her earliest work, with musical trends quickly changing after the Beatles took the United States by storm in the 1960s.

Gore told the site Digital Interviews that she still considered "You Don't Own Me" her signature work.

"After some 40 years, I still close my show with that song because I can't find anything stronger, to be honest with you," she said.

"It's a song that just kind of grows every time you do it."