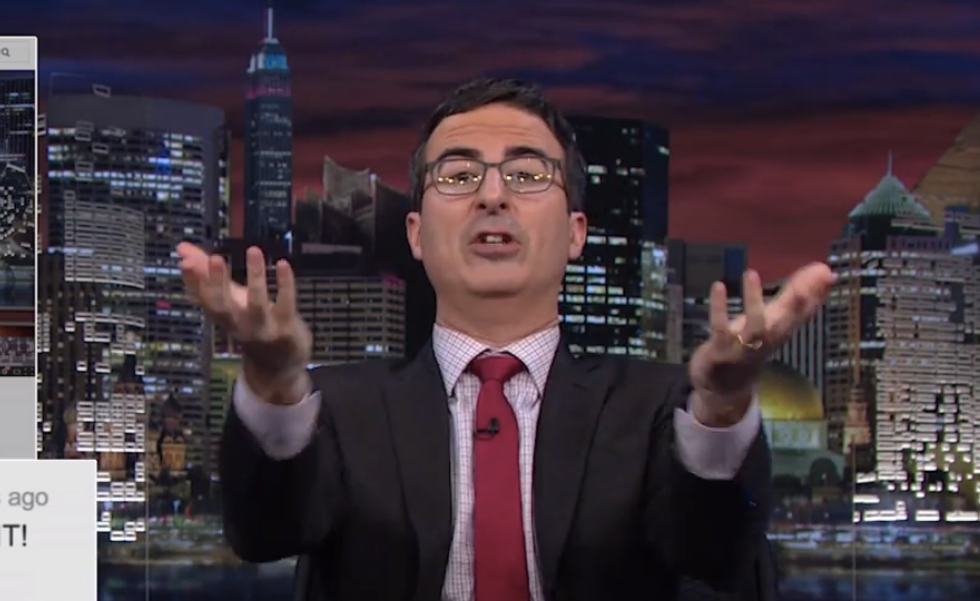 British-born comedian had been tipped to take over Comedy Central’s The Daily Show, but signs deal to stay at rival until 2017

John Oliver appears to be out of the running to succeed Jon Stewart as host of The Daily Show, after he renewed his contract with HBO.

The British-born comedian had been tipped to take over the long-running Comedy Central show after Stewart announced he was stepping down last week .

Related: Who can succeed Jon Stewart? A look at the candidates

After raising his profile as a successful stand-in for Stewart, he was offered his own show, Last Week Tonight, by HBO.

HBO announced on Tuesday that Oliver has agreed to extend his contract until 2017, a move that apparently puts him out of the race to take over from Stewart.

Michael Lombardo, president of programming at HBO, said: “We are incredibly proud to have John as part of the HBO family. His unique ability to deliver socially significant commentary week after week, along with his innate comedic brilliance, puts John in a class by himself.”