Jon Stewart marvels at skirmish between Florida and Texas lawmakers: 'We are run by children' 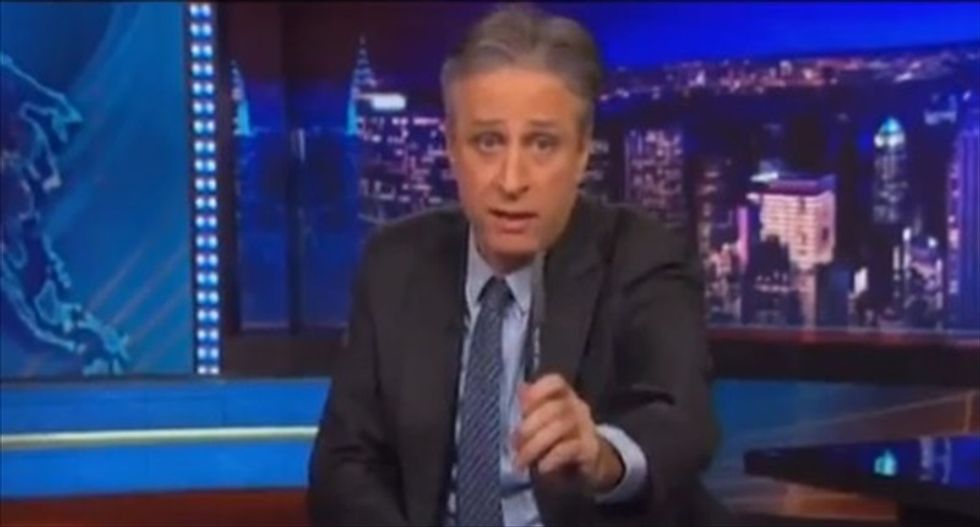 Daily Show host Jon Stewart was at once distressed and impressed by the level of "open unadulterated aggression" between two legislators on Wednesday.

"We are run by children," Stewart observed after seeing the tete-a-tete between Rep. Alcee Hastings (D-FL) and Texas Republican Rep. Michael Burgess.

The two lawmakers squared off during a House Rules Committee meeting on Monday concerning a bill calling for the repeal of the Affordable Care Act, popularly known as Obamacare.

"I don't know about your state -- which I think is a crazy state to begin with," committee member Hastings told Burgess. "And I mean that just as I said it."

"There is no reason at all to impugn the people, the governor of a state of this country," Burgess told the committee. "And I will await the gentleman's apology."

Instead, Hastings told him he was free to leave.

"I told you what I think about Texas," Hastings said. "I wouldn't live there for all the tea in China. And that's how I feel."

While Stewart was impressed that Hastings "does not give a single f*ck," he also questioned whether he was in a position to question any state's sanity.

"You're from Florida and you're calling Texas crazy?" Stewart said. "Might as well call out Oklahoma for also having a panhandle."