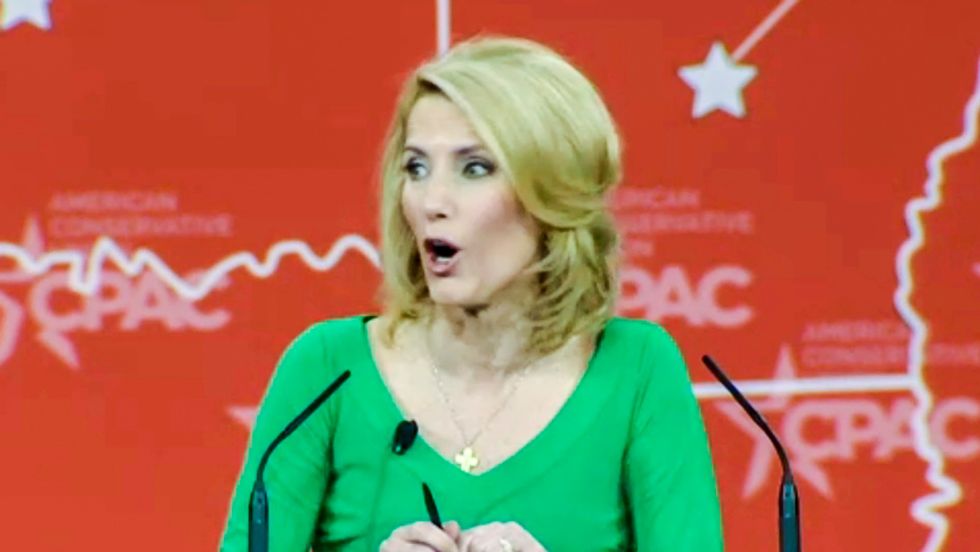 Laura Ingraham provided some snark for the second day of the CPAC conference in Maryland Friday morning.

Noting that Jeb Bush, the establishment Republican candidate, would be talking to the conservative gathering later in the day, she suggested that he could help the GOP with its persistent problem drawing women voters.

"I think Jeb could really explode the gender gap. And let me tell you how...I think women could actually turn out in droves. I mean, what woman doesn't like a man who gives her a blank check at Tiffany's?"

Ouch. The radio host and Fox News guest host was referring to the expensive tastes of Jeb's wife, Columba, who apparently has a thing for bling.

In 1999 Columba Bush caused an embarrassing incident for her husband when she was caught trying to bring in about $19,000 of clothing and jewelry she'd bought on a Paris trip without declaring it at customs. Her excuse was that she didn't want Jeb to know how much she'd spent.

But as embarrassing as that was, less than a year later, "she took out a loan to buy $42,311.70 worth of jewelry on a single day, according to records filed with the state of Florida," the Washington Post reported.

Ingraham then sarcastically suggested that the presidential nomination process could be skipped altogether, and Jeb Bush and Hillary Clinton could run on the same ticket.

"Go through the list of things they agree on: Common Core, amnesty, giving Obama fast-track trade authority -- lot of new trade deals with China -- the surveillance culture. So I'm designing the bumper sticker. 'CLUSH 2016, What difference does it make?'"