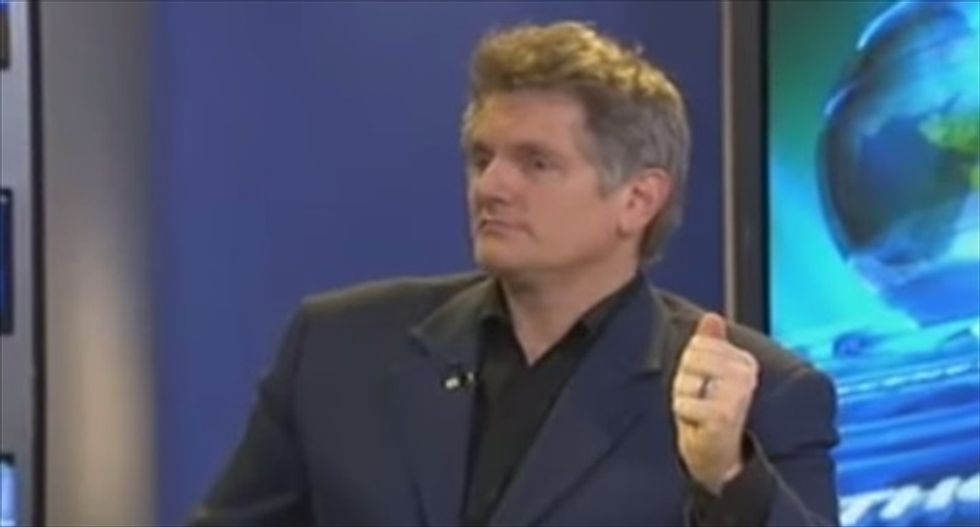 The granddaughter of Trinity Broadcasting Network founder Paul Crouch Sr. sued the network accusing a top official of threatening her and her husband's lives after allegedly firing them for not helping officials misuse around $100 million in charitable donations, the Christian Post reported.

The suit, filed by Brittany Koper and her husband Michael late last week, accuses the company of firing them after TBN founder Paul Crouch Sr. was hospitalized in September 2011. It also details an alleged encounter between Brittany Koper -- who had just been named the company's treasurer, director of finance and chief financial officer less than three months earlier -- and senior vice president Matthew Crouch, who is both her uncle and Paul Crouch Sr.'s son.

Matthew Crouch, the suit said, "began tapping the firearm he had brought to the meeting and asked [Koper] what she thought would happen when she wrote a memo to the board critical of [his] financial improprieties."

Koper also accused the company of expecting her to carry out a "systemic diversion" of the money to network officials' personal accounts, and of promoting her out of a desire to have someone "within the family" execute those orders.

The network's general counsel, John Kasoria, was accused of being in charge of Redemption Strategies, a company Koper said was solely devoted to "maliciously prosecuting, harassing, and intimidating" her and her husband. Michael Koper was listed in the suit as TBN's vice president of media services and corporate secretary before his firing.

When the Kopers brought their concerns over the alleged financial impropriety, the suit stated, Kasoria told them that as "accomplices," they would not be allowed to inform outside agencies of the issue. Any attempt to take information to prosecutors, Kasoria allegedly said, would lead to the company arresting them for "theft."

Paul Crouch Sr., who founded the network in 1973, died in November 2013. But he and his son can be seen threatening people who oppose TBN in a clip from a 2012 broadcast.

"You know what's funny dad? There have been a few attempts in the TBN history to upset TBN, to stop TBN," Matthew Crouch says. "There have been a few fools in the 38, 39-year history -- coming up on 40 years -- and you know what? Any attempt at stopping TBN, they have no idea who they are actually pushing into the corner. You and mom get pushed in the corner, God help you. That's a lesson I've learned from you. Seriously."

"God help anyone who would try to get in the way of TBN, which was God's plan," the elder Crouch responds. "I have attended the funeral of at least two people who tried."

OC Register reported last November that another granddaughter of the network's founder, 21-year-old Carra Crouch, filed her own suit against TBN, saying network officials covered up her rape at the hands of a longtime male employee when she was 13 years old.

According to Carra Crouch, the company fired her attacker, while Casoria reached an agreement with the 30-year-old man in which he would not file for unemployment or workers' compensation in exchange for not pursuing legal action against him. However, the suit stated, the company also failed to address her trauma following the incident.

"I feel that nobody took me to the police," she stated in a deposition. "And nobody took me to a doctor, because they were afraid of bringing down TBN. I think now I'm realizing that I never got closure. I never got justice. Everybody just kind of swept it under the rug, never talked about it again. And I was left with all these feelings that I didn't know how to deal with."

The footage of the Crouch's discussion, as posted online, can be seen below.

The Kopers' lawsuit can be read in in its entirety below.