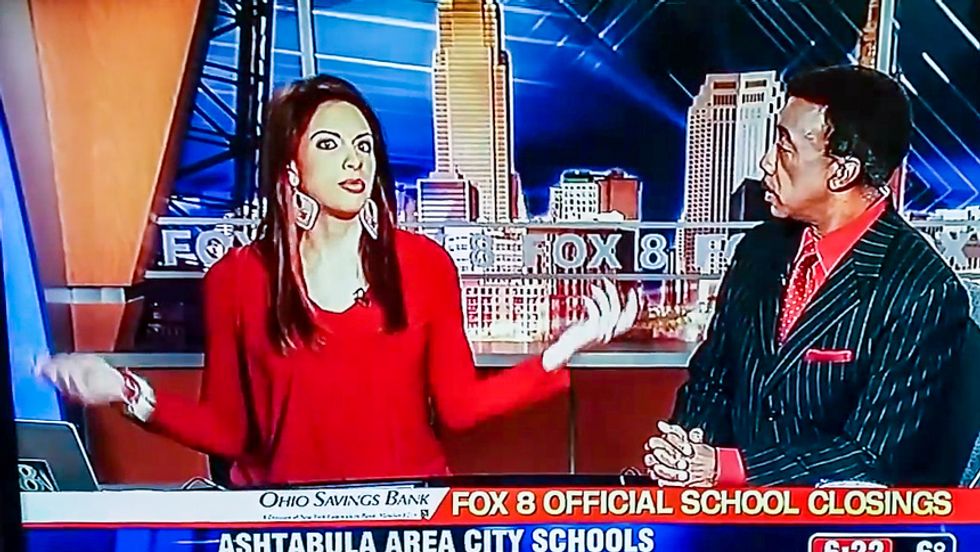 Kristi Capel, an anchor for Cleveland's Fox 8, complained about "jigaboo music" during Monday morning coverage of the Academy Awards.

WJW New in the Morning anchor Wayne Dawson reported on Monday that singer Lady Gaga had performed a tribute for the 50th anniversary of the Sound of Music at Sunday night's Oscars.

"Lady Gaga, surprising a lot of people last night with this tribute to Sound of Music," Dawson said, adding that actress Julie Andrews called it "wonderful."

Capel remarked that she had also been surprised by Lady Gaga's performance.

"It's hard to really hear her voice with all the jigaboo music -- whatever you want to call it -- jigaboo!" Capel opined.

"She has a nice voice," Dawson, who is black, said after a nervous laugh.

"She has a gorgeous voice," Capel agreed. "I never knew. Very nice."

According to Dictionary.com, "Jigaboo" is an "extremely disparaging and offensive" term for black people. Culture blogger Rafael Otto writes that the term was coined as description of dancing black slaves in the 1800s.

After several people complained to Capel on Twitter, she cut and pasted the same explanation to each of them.

"I apologize if I offended you, I had no idea it was a word or what it meant. Thank you for watching," Capel wrote.