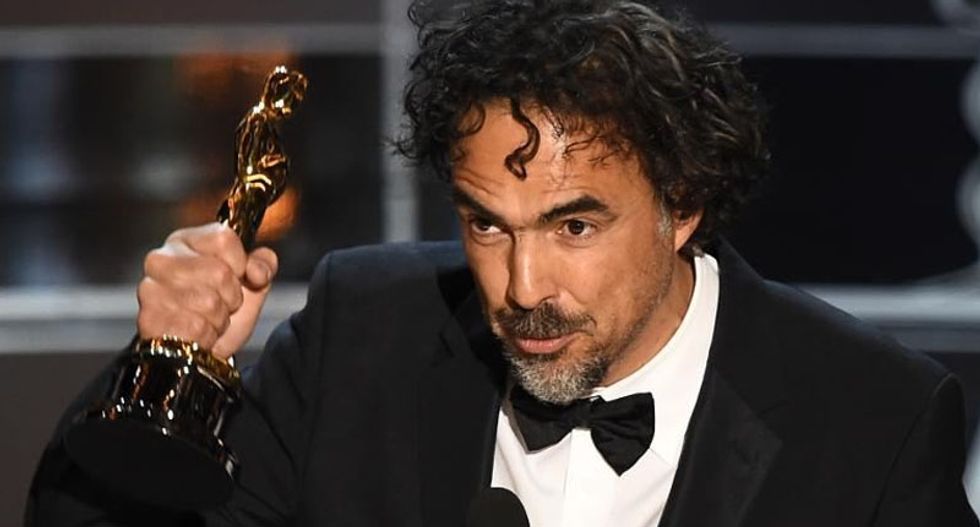 Alejandro Gonzalez Inarritu gives his acceptance speech for his Best Director Oscar for Birdman on February 22, 2015 in Hollywood (AFP)

Mexico's President Enrique Pena Nieto on Monday fired back at comments made by Oscar-winning director Alejandro Gonzalez Inarritu, saying the government was working to improve opportunities for Mexicans.

Inarritu's film "Birdman" triumphed at the Academy Awards in Los Angeles on Sunday, winning four of the nine Oscars it was nominated for, including Best Picture.

"I want to dedicate this award for my fellow Mexicans, the ones who live in Mexico," Inarritu said during an acceptance speech.

"I pray that we can find and build the government that we deserve."

Many in Mexico interpreted the comments as an attack on Pena Nieto, whose government is facing a slew of problems including a lackluster economy and a years-long wave of gang-related violence that has left thousands dead.

Pena Nieto said he was working to ensure his country allowed "individuals to write their personal success stories, so each individual can find suitable and optimal space to build a path of success."

Another Mexican awarded an Oscar was Emmanuel Lubezki, who took home the award for cinematography for his work on "Birdman".

"As a country it brings us pride to know that Mexicans can triumph -- here and outside Mexico -- because as a government it's our job today to make things better," Pena Nieto said during a literature prize ceremony.

Sunday's Oscar ceremony sparked controversy when actor Sean Penn jokingly asked, "Who gave this son of a bitch his green card?" as he announced the Best Picture award for Inarritu's "Birdman".

Green cards are a document legally allowing immigrants to live and work in the United States.

The film director said afterwards that he thought the joke was "hilarious".