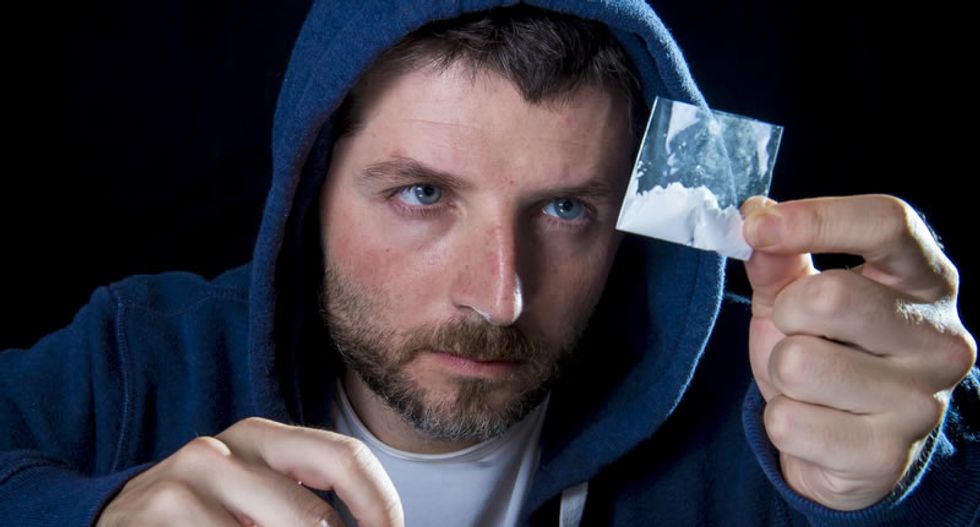 A Minnesota man who was arrested in November on drug charges has been released after the "most expensive and most accurate test" available found that the drugs in his possession were over the counter vitamins, the Mankato Free Press's Dan Nienaber reports.

Joseph Burrell was arrested on two felony counts of drug possession on November 14, 2014. According to police, Burrell was initially stopped for driving out of a grocery store parking lot without his lights on. When police searched his vehicle, they found a bag containing powder that a field test determined could be an amphetamine.

Burrell -- who acknowledged that he had used drugs in the past, but that he had also just finished in-patient treatment at the New Beginnings drug treatment center in nearby Waverly -- insisted that the substance was not illegal, and that he had purchased it to deal with a chronically sore shoulder.

Prosecutors pressured him to plead guilty, but Burrell told the Free Press that he "couldn't plead guilty [to possessing] something I knew wasn't a drug. They set my bail at $250,000 for vitamins."

The charges were dropped after prosecutors used a more sophisticated means of analyzing the powder and discovered that it did, in fact, consist of legally available vitamins.

"I had been sitting in the jail since November with my bail set at $250,000," Burrell told the Free Press. "Then, two days before trial, they dropped the charges and let me go."