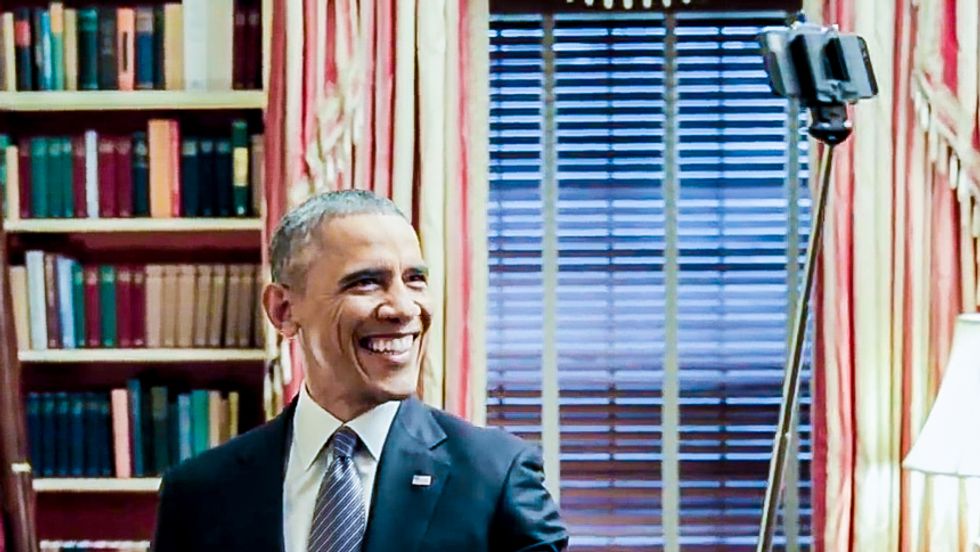 A Minnesota newspaper has backtracked after calling President Barack Obama an "assclown" over a spoof video that was meant to promote health insurance.

Last week, BuzzFeed published a video of the president mocking himself by making funny faces in the mirror, and using a so-called "selfie stick" to encourage people to sign up for health care under the Affordable Care Act.

"A fool-proof way to make yourself look like a self-absorbed assclown," the caption read under a photo of Obama using the selfie stick.

On Monday, Cusick told KMSP that he realized that he went too far after people complained.

"After further review, it's a poor choice of word," Cusick explained in an email. "I must have been in an especially foul mood last night. I've toned it down a bit."

The caption was changed to read: "A fool-proof way to make yourself look like a self-absorbed celebrity."