Nebraska GOPer votes for LGBT protections, then vows to undo it to punish atheist who insulted religion 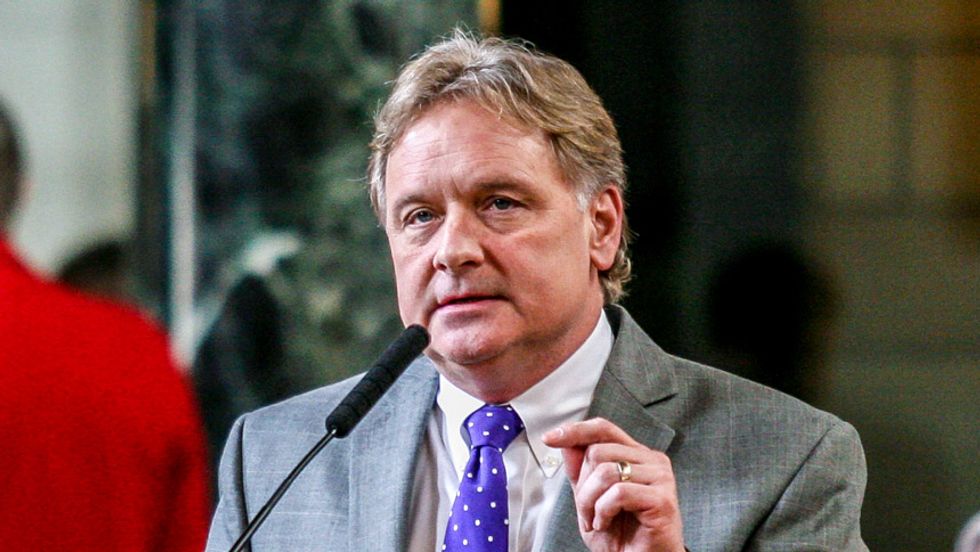 Republican Nebraska state Sen. Bob Krist voted on Tuesday for a bill that would protect LGBT people from employment discrimination, but he now wants his vote changed because an atheist lawmaker insulted his religion.

Nebraska Educational Telecommunications (NET) News reported on Wednesday that Krist and seven other members of the state Senate Judiciary Committee voted 5-2 on Tuesday to advance a bill to the legislature that would prohibit discrimination in the workplace against people who are lesbian, gay, bisexual or transgender.

But Krist told NET News that he wanted to change his vote because a black atheist named Sen. Ernie Chambers (I) had made derogatory remarks about the Catholic faith.

"He doesn’t like Catholics. He’s never liked Catholics," Krist complained. "And the things that were said about my religion, my faith, and my race cued me that maybe we need to expand this, that if it’s anti-discrimination we’re talking about, that we’re covering the bases."

For his part, Chambers said that he couldn't recall what he said that angered Krist because he had often spoken out about Catholicism and racism.

"There’s no way in the world I can recall with precision what I said on those two subjects," he noted. "I’ve said a lot about both of them."

Krist said that he now supports a bill sponsored by state Sen. Adam Morfeld because it allowed for more expansive "conscientious" or religious exemptions.

"I have all intentions of working with Sen. Morfeld to make sure that it comes out of committee this year," Krist said.