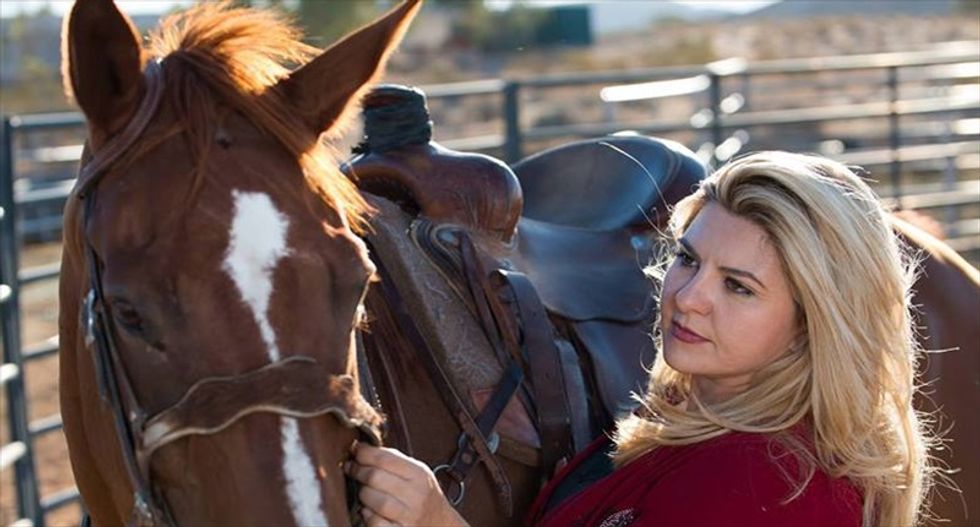 "If you have cancer, which I believe is a fungus, and we can put a pic line into your body and we're flushing with, say, salt water, sodium cardonate through that line and flushing out the fungus," Fiore said on her radio show over the weekend. "These are some procedures that are not FDA-approved in America that are very inexpensive, cost-effective."

According to the American Cancer Society, (ACS) the argument that sodium bicarbonate can be used to flush cancer out of the body stems from "unsubstantiated treatments" by an Italian doctor, Tullio Simoncini. Simoncini's license to practice medicine was revoked in 2003. Three years later, he was convicted of wrongful death and swindling.

"No peer-reviewed articles in medical journals were found to support the theory that cancer is caused by a fungus infection or a yeast infection. Available peer-reviewed medical journals do not support claims that sodium bicarbonate works as a cancer treatment in humans," the ACS states on its website. "Scientists require certain kinds of evidence to support claims that a kind of germ causes a certain disease. The first requirement is that the germ should be present in all cases of the disease. Simoncini claims that all tumors contain fungi. But these fungi have not been found in tumors when biopsies are examined by methods capable of revealing fungi in infected tissue."

Fiore said she is still "waiting for the language to come back" on the measure, which she calls the "terminally-ill bill." She described it as a response to seeing Nevadans leave the U.S. for what she called "alternative treatments" after being diagnosed with terminal cancer.

"This isn't the death doctor bill," she said, adding, "Nevada -- it's the capital of entertainment. Why not make it the medical capital of the world, too?"

The assemblywoman, who accused federal officials last year of "coming up" with the grazing fees that spurred their dispute with rancher Cliven Bundy, introduced another bill last week that would allow licensed gun owners to carry firearms on college campuses within the state, saying it would prevent "young, hot little girls on campus" from sexual assaults.