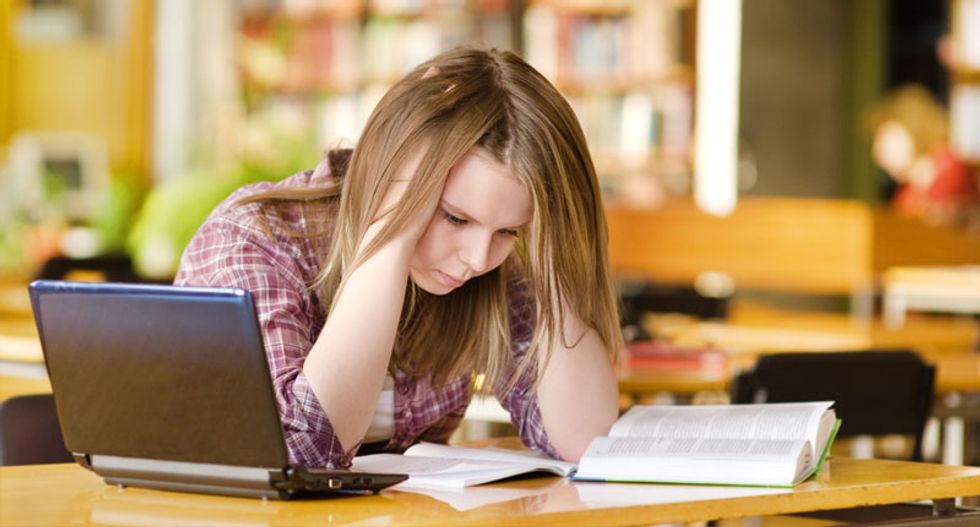 The battle over how US history is taught in classrooms across the American south is coming to a head and may even fall apart in Oklahoma, pitting a sea of students and educators against a conservative lawmaker who believes the advanced placement course in its current form teaches only what’s “bad about America”.

But as the row over the legislation sent it back for just as urgent revisions late this week, students and teachers across the nation insisted it was overwhelmingly beneficial to be exposed to a range of views on American history.

“I don’t believe that the government should be censoring what’s taught in history because you want strong leaders, and the future presidents of tomorrow are probably currently in AP US history – or will take it at some point – and you want to emphasize the negative parts [of history] so they know what to fix,” said Moin Nadeem at Jenks High School in Jenks, Oklahoma, speaking to The Guardian during his fifth period.

Related: Sorry, Oklahoma. You don't get to ban history you don't like | Steven W Thrasher

AP courses offer high-achieving high school students, like Nadeem, the opportunity to take university-level classes. At the end of the school year, students take the AP exam, earning a grade that many universities accept as college credit.

Nadeem, a junior, said he worries that cutting funding to the course, as the Oklahoma bill proposes, could hurt his chances of getting into MIT, his dream college where he hopes to study computer science. The competition is stiff, he said, and the other students applying will surely have AP history on their transcript.

To save the course, and what he believes might be his admission to MIT, Nadeem launched a change.org petition calling on state lawmakers to block the bill. He said he’s overwhelming support from other students and teachers for taking action against the bill, even receiving a few discreet fist-bumps in the hallways from teachers who can’t be vocal on the issue.

The petition has already received more than 16,000 signatures from supporters like Justin McCrackin of Broken Arrow, Oklahoma, who wrote: “As an AP US History teacher, a parent, and a Conservative, I am appalled by the decision of our elected officials. Know what you are talking about before voting on legislation”; and George Kirk of Norman, Oklahoma, who wrote: “Our classes ought not be indoctrinating young minds with an intentionally nationalistic compromised view of history.”

At least for now, it seems Nadeem may get his wish.

In light of the fierce criticism to what some viewed as an attempt to sanitize American history, Oklahoma Representative Dan Fisher conceded that the bill he introduced was “poorly worded” and vowed to rewrite it.

“We’re going to clear it up so folks will know exactly what we’re trying to accomplish and it’s not to hurt AP,” Fisher told The Oklahoman on Wednesday. “We’re very supportive of the AP program.”

But speaking before a legislative committee on Monday, Fisher did not appear the least bit supportive of the course.

“Under the new framework, the emphasis of instruction is on America as a nation of oppressors and exploiters,” Fisher lamented to fellow lawmakers. “Now certainly we all know that we have our blemishes, and we wouldn’t want to withhold those, but we don’t want only our blemishes taught and not have a balanced approach.”

The course changes were released in 2012 by the College Board, the non-profit company that administers the exam, and the new framework went into effect this school year. Critics believe the test is left-leaning and presents a biased view of history.

“In essence,” Fisher said, “what we’re having here is a new emphasis on what is bad about America.”

Related: US 'little rebels' protest against changes to history curriculum

In its original form, the bill would cut state funding to the advanced placement US history course in an effort to block the new set of standards from being taught in Oklahoma classrooms.

Under the proposal, students would be required to study certain documents already taught in American history classes such as Thomas Paine’s “Common Sense” and “The Gettysburg Address”. But the bill also required the Ten Commandments and three speeches by Ronald Reagan.

‘The shifting sands of revisionist history’

At the committee meeting on Monday, Fisher was joined in introducing his proposal by Larry Krieger , a retired history teacher who has led the charge against the revised AP framework. Krieger was

“The Oklahoma standards are built on the solid foundation of American exceptionalism, a concept that has been deliberately omitted,” Krieger told the committee. “The College Board framework is built on the shifting sands of revisionist history.”

Krieger’s campaign to undo the changes to the AP History exam gained momentum when Jane Robbins, a staunch opponent of the Common Core education program, joined the fight. Together, they made the exam a flashpoint in the culture war over education in America, successfully kicking up controversy among state and local boards and drawing support from conservative thought-leaders.

The AP exam has sparked heated political debates in Georgia, North Carolina and South Carolina. In Texas, the Republican-dominated state Education Agency pushed the College Board to rewrite the curriculum. And in Colorado, students and educators staged a series of protests and walk outsafter a school board ordered the course to promote “patriotism” and the “benefits of free enterprise” while discouraging “civil disorder, social strife, or disregard of the law”.

In August, the Republican National Committee passed a resolution slamming the College Board for pushing a “consistently negative view of American history” and calling on the company to delay the implementation of its revised framework. Also last year, Dr Ben Carson, a retired neurosurgeon who is “ thinking very seriously ” about running for president, warned during a speech at the conservative Center for Security Policy: “I think most people, when they finish that course, they’d be ready to go sign up for Isis.”

In Oklahoma on Monday, John Williamson, College Board’s head of AP instruction, told lawmakers that he too would agree with critics if what they said about the exam were true.

But, he said, fortunately, “much of this is mythology and is just not true”.

It wasn’t convincing enough for the committee. The bill sailed through with an 11-4 party-line vote, though by Wednesday its fate was uncertain.

Matt Campbell, the history department chair at Tulsa Public Schools, said the bill was “just silly” but that the impact would be “devastating”.

“It would be huge, just horrible for all students, and teachers, as far as funds that have already been wasted [training teachers on the new standards] and the funds that wouldn’t be available to provide challenging courses for our students,” Campbell, who teaches AP history told the Guardian. He said the change would hit poorer students especially hard, because they rely on the AP courses to help them win scholarships and financial aid.

Campbell said he is a fan of the changes. He said it encourages students to think more like historians and less like “fact-spouting machines”.

On one point, Campbell agreed with Fisher.

“The concept of American exceptionalism is downplayed in the new framework,” Campbell said. “But as it should be, right? Because that’s generally an oversimplification. It basically says that if America does something, then it’s good and that we were justified in doing it. That’s just a poor treatment of American history.”