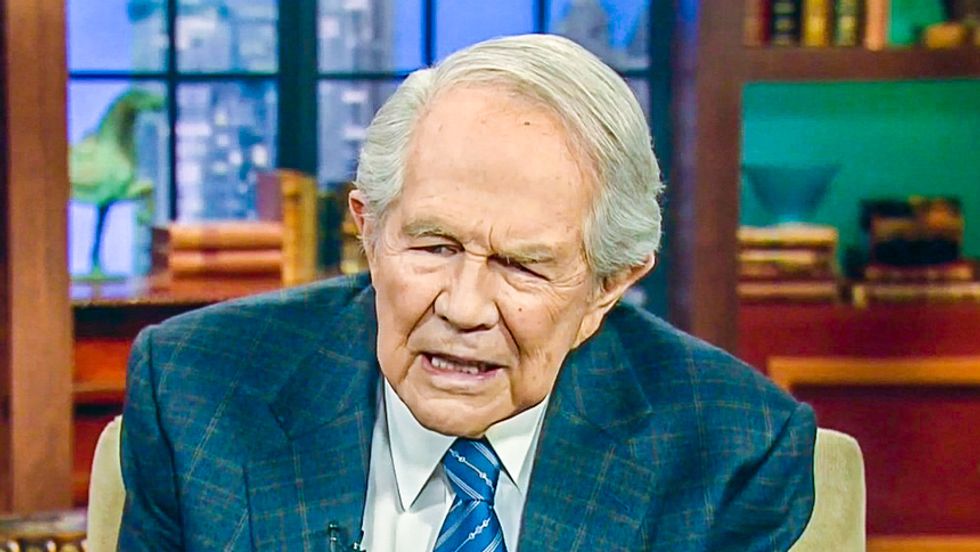 Televangelist Pat Robertson warned this week that women could have their pregnancies cursed by a "coven" of witches if they posted ultrasound photographs on Facebook.

In an email to Robertson on Monday's 700 Club, a viewer explained that her daughter was pregnant.

"Young parents now regularly post fetal ultrasound photos as their Facebook photo," the woman wrote. "From a spiritual point of view, is there any harm in doing this?"

At first, Robertson said that he didn't think that posting ultrasound photos was harmful, but then he seemed to change his mind.

"There are demons and there are evil people in the world," he said. "And you post a picture like that, and some cultist gets a hold of it or a coven and they begin muttering curses against an unborn child."

"I just don't think this business of posting photos of the most intimate parts of your body on Facebook, I just can't see it," the TV preacher added. "To me, it's abhorrent. But it isn't necessarily unbiblical. It's just abhorrent."