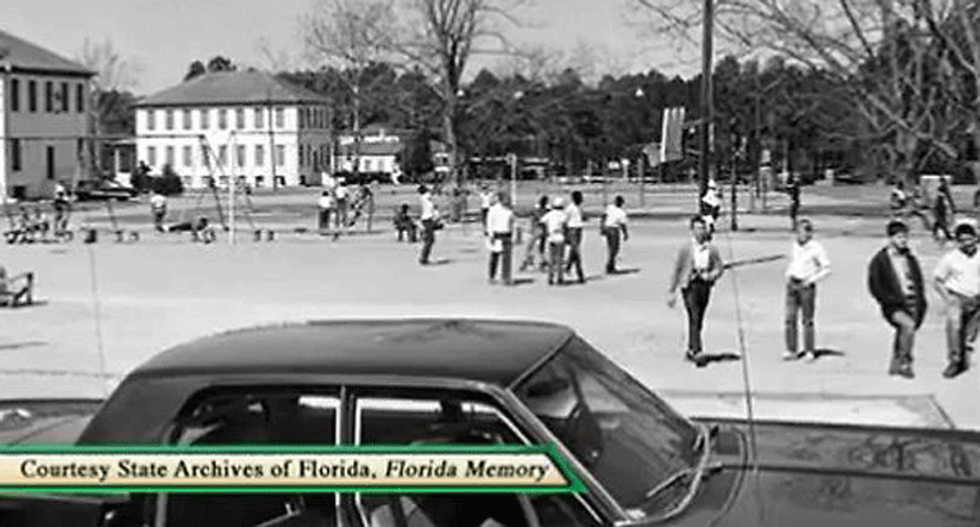 Forensic researchers sifting the grounds of a notorious Florida reform school at the centre of a decades-long abuse scandal have identified the remains of two more bodies from 51 recovered so far from unmarked graves.

The investigative team has also revealed horrific new allegations about the extent of physical and sexual abuse inflicted on the mostly African American students at the now-closed Arthur G Dozier School for Boys in Marianna, including details of a secret “rape dungeon” where victims younger than 12 were taken to be molested.

The revelations come in an interim report submitted to Florida’s senior politicians by Tampa-based anthropologists from the University of South Florida as they prepare for the final stages of their three-year dig at the school in the spring and early summer.

The team’s leader, Erin Kimmerle, said that while charges against the perpetrators were unlikely due to the deaths of many former staff members and the statute of limitations on crimes that took place up to a century ago, their work was important to the survivors and victims’ families.

“After three years our focus is more than ever on the present, educating the living about what happened in the past, mourning with families of those who died at Dozier and supporting them as they seek justice,” she said in the report.

“Even in cases where law enforcement and prosecutors are unable to file criminal charges, transparency and acknowledgement of the abuses are important components for reconciling conflict.”

The researchers found that officials “consistently underreported” the number of deaths that occurred at the school between its opening in 1900 and 1960, the latest date for which records are currently publicly available, and that numerous bodies were buried with slack or missing documentation outside the marked cemetery known as Boot Hill.

One set of remains was found with what appeared to be a shotgun pellet, Kimmerle said, while others showed signs of blunt force trauma and “substantial evidence” of malnutrition, infections and a near-total absence of dental care.

Among the allegations of a group of survivors known as the White House Boys, nicknamed for the building in which they say they suffered the worst abuse, are accounts of youths being beaten unconscious while chained to walls or beds, raped by staff and other students in a basement or simply disappearing after excessive punishments for minor infractions such as smoking or truancy.

The USF report contains details of a six-year-old boy who died after being sent out to work as a houseboy, and a teenager who was found shot to death and covered by a blanket after running away from the school.

“It’s been exciting to get a picture of these children, and their lives, from the science,” Kimmerle said. “[But] it’s sad the way people treated each other. It’s a window on a period of a lot of change from the early [20th] century to the 1960s.”

The university team has now positively identified five bodies from those recovered, either through DNA or contextual evidence. The latest two are Sam Morgan, who spent at least two spells at the school following his first arrival, aged 18, in September 1915, and Bennett Evans, an adult school employee believed to have died in a dormitory fire in 1914.

Last August, Ovell Krell, the sister of the first victim to be identified, George Owen Smith, who disappeared from the school in 1940 at the age of 14, told the Guardian of her relief at the solving of a 74-year mystery.

“It’s been an emotional journey and now I can finally get some closure, some peace of mind,” she said.

State lawmakers approved grants of almost half a million dollars to fund the USF investigation shortly after the school was closed, for financial reasons, in 2011. A year earlier a report by the Florida Department of Law Enforcement, which recorded only 32 graves, concluded there was insufficient evidence to prove or refute the allegations of physical or sexual abuse.

Kimmerle said that the researchers were working with the Hillsborough County Sheriff’s Office to find surviving family members of boys who attended the school who could provide DNA samples to match with unidentified remains.

“There is a lot of work left to do, in the field, in the lab and filling in the gaps in the records and archives we have,” she said.

Watch video about the investigation from August 2014: