Republicans still fighting the 'War on Women' at CPAC -- here's why 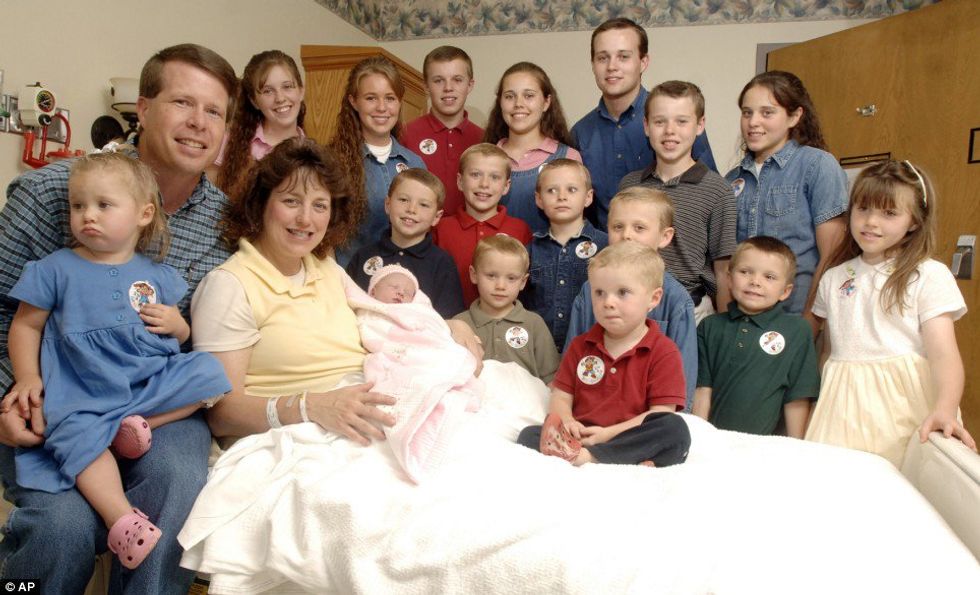 All political movements, to some extent, sound nonsensical to outsiders because groupthink elides the needs for certain connective thoughts to be voiced aloud. CPAC, a celebration of orthodoxy among a bullet-point-equipped faithful who all try to sound more stridently like everyone else than anyone else, magnifies this tendency to maddening degrees. Two separate subjects are mentioned with the causal relationship omitted. Facts appear without context; good things are named as though good outcomes inevitably eventuate. When cause-and-effect statements appear, they aren’t much better.

By this process, you can arrive at a conclusion like this: To win the War on Women, you better put a ring on it.

At CPAC, conservatives dedicated an entire panel to “The Future of Marriage.” One could be forgiven for assuming it tackled the issue via the sub-topic “Gays, and the Ickiness Thereof,” because that was the default assumption among those attending CPAC as part of an ongoing More Jaded Than Thou contest. Instead, the panel bypassed halting marriage equality and went straight for a return to celebrating a time when women had few stable life opportunities outside of marriage.

Heritage Foundation vice-president Jennifer Marshall signaled the need for conservative candidates to “be indivisible” on the matter of the “very interrelated” three legs of the conservative stool – marriage, small government and a stable economy. What a weird stool. Why these three things? Why not neighborhood bowling leagues, usury and the gibbet?

Marshall answered that question by explaining that “the sexual revolution has made relationships between men and women much more challenging”. Naturally, as polyamory and bed hopping have had very little effect on bowling or usury. Still, it was an important statement to make, because it implied that women had been complicit in the destabilization of their economic security.

Heather MacDonald of the Manhattan Institute – employer of such luminaries as Iraq War stooge Judith Miller, invariably wrong William Kristol and racist hack Charles Murray – was willing to go even further than Marshall in placing the blame for women’s economic travails on alienation from “the family” and then further blaming women’s thoughts for turning women against where they belong.

“Feminists have taken over college campuses. They run the bureaucracy. People are losing the vocabulary to say fathers are essential,” she said. “I predict there’s going to come a time when Father’s Day is hate speech because you’re dissing a lesbian couple.” Piles of unsold real, comfortable Wrangler Jeans clogging up landfills. Tasteful Methodist sex harnesses going unsold at tasteful Methodist sex harness shops. Ships teeming with rear spoilers for family sedans being turned away from the nation’s harbors. A chilling vision of dadless things to come.

Nonetheless, vague problems demand vague solutions. Thus MacDonald advised 2016 Republican candidates: “If you want to eliminate poverty overnight, you can wipe it out by having stable, two-parent households.” (Note the weaseling inclusion of “stable.”) After all, we determine income inequality by households, so take two people living together in poverty, marry ‘em, and presto! No more poverty. Statistical problems go away if you stop gathering statistics. That only sounds nutty if you don’t already know that global warming isn’t real because thermometers lie .

That more or less made sense if you’d listened to the previous hour’s explanations that everything is bad in the inner city, and too many urban folks don’t get married, so, like, the two things are connected, man. Meanwhile, according to MacDonald, “The most affluent members of American society are still getting married.”

Shortly after this, Wade Horn, former assistant secretary for children and families, weighed in with the observation that marriages save money and diversify productivity because “marriages allow for economies of scale and specialization” within the household. (For those scoring economies of scale at home, presumably because specialization has made one of you an actuary: economies of scale good when you are married to someone; bad when buying prescription drugs for nations.) When your bridesmaids give you bewildered looks at the altar, point at your groom and cross their eyes while miming throwing up, just hold your hands apart to show how much he scales your economy.

To a cynic, that might read like a heartless thought. But do you know what’s really heartless? Government. “Children need their mothers and fathers. There is no government program that can possibly substitute for the love and guidance and sense of place in the world that parents provide,” MacDonald explained. “What we’re seeing now in the inner city is catastrophic. Marriage has all but disappeared. When young boys are growing up, they grow up without any expectation that they will marry the mothers of their children.” And she’s right; people who think government will love you or your abandoned children are idiots. The Department of Love has been a failure since 1967, and large faceless institutions will never care for human beings no matter how well they claim to mean. Those “inner city” people shouldn’t have been trying to hug America. They should have hugged something more practical like each other and that smiley face from Wal-Mart.

But if these problems and solutions got too specific for you, there was always Kate Bryan of the American Principles Project and moderator of “The Future of Marriage in America” panel. Sometimes it’s all just The Culture. The Culture — the Great Silent Chobani — depicts marriage as negative. Example: “The old ball and chain.” Why, if we could just get rid of this expression that zero non-horrible people have used unironically for at least a generation, we could have this thing licked in no-time. Women, inequality, stability, stools, the Whole Chobani. Good talk, everyone.