Roy Moore: If Supreme Court changes God's 'organic law' on marriage 'I would not be bound thereby' 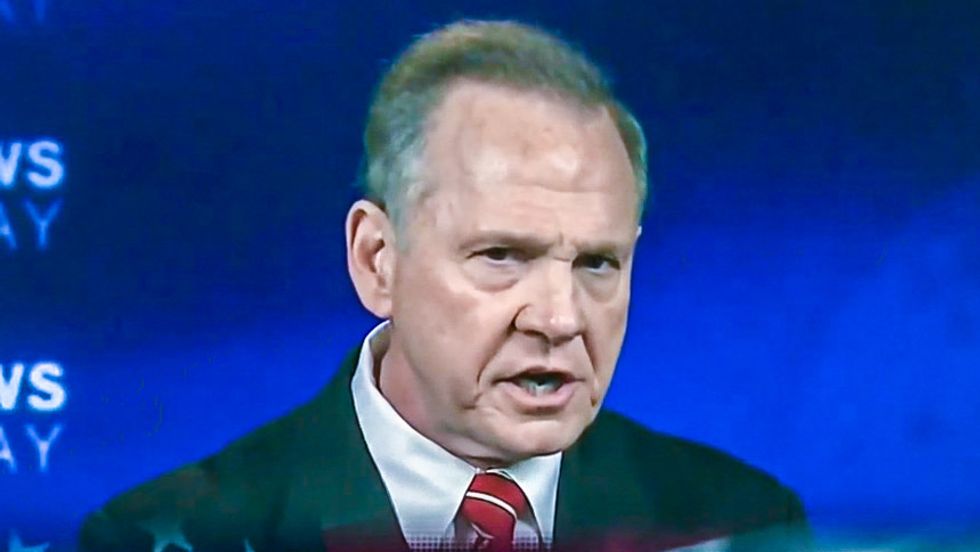 Alabama Chief Supreme Court Justice Roy Moore on Sunday insisted that he had a moral duty to defy the United States Supreme Court if they tried to change God's "organic law" by declaring that LGBT people had an equal right to marriage.

Moore told Fox News host Chris Wallace that if the U.S. Supreme Court ruled that LGBT had equal marriage rights then he "would not be bound thereby."

"I could recuse or dissent as a justice from Delaware did in the Dred Scott case [affirming slavery] in 1857," the Alabama chief justice insisted. "They ruled black people were property. Should a court today obey such a ruling that is completely contradictory of the Constitution?"

Wallace pointed out that Moore's directive that probate judges should refuse to issue same-sex marriage licenses was similar to his refusal to remove the Ten Commandments from a the state Capital building after a federal court ordered him to.

"A state ethics panel said that you had to be removed from office because you had put yourself above the law," Wallace explained. "Are you doing the same thing now, sir?"

Moore, however, said that he was "obeying the First Amendment of the United States Constitution, which does not prohibit the acknowledgement of God."

"When federal courts start changing our Constitution by defining words that are not even there, like marriage, they're going to do the same thing with family in the future," Moore argued. "When a word is not in the Constitution, clearly, the powers of the Supreme Court do not allow them to re-define words and seize power. The power is not delegated to the United States by the Constitution nor prohibited by it to the states or reserved to the states respectively or to the people."

"This power over marriage, which came from God under our organic law, is not to be redefined by the United States Supreme Court or any federal court," he concluded.