Sarah Palin: Dying caribou have to 'take one for the team' so we can expand oil pipelines 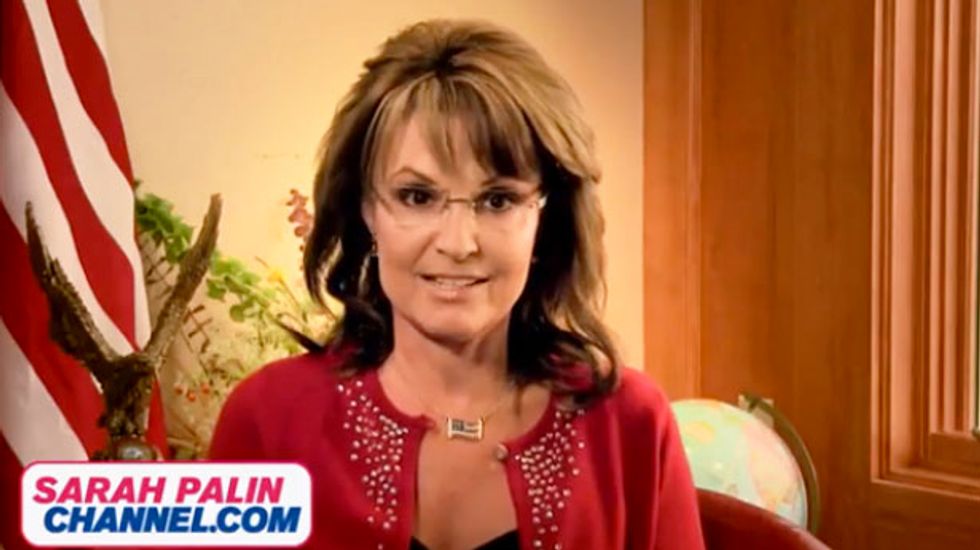 Former Alaska Gov. Sarah Palin (R) said this week that caribou that died as a result of oil pipeline expansions would have to "take one for the team."

According to Forbes' Christopher Helman, Palin delighted members of the oil and gas industry in a speech to the North American Prospect Expo (NAPE) in Texas on Thursday.

She recalled to the crowd that what she missed most about being Alaska's governor was making decisions about oil and gas exploration.

"Energy is my baby," Palin explained, adding that oil and gas could "feed and fuel a hungry nation with what God has created for man’s responsible use."

With the recent drop in the price of oil, Palin said that now "is the time to plan for more drilling and more production."

But she said that President Barack Obama was making that difficult with EPA regulations and by refusing to approve the Keystone XL pipeline.

"The punitive aspect of it is to really stick it to the American people," Palin insisted.

She argued that the president "is not for American energy independence" because he refused to expand drilling in the Alaska National Wildlife Refuge (ANWR).

“All we need to explore and develop ANWR is a 2,000 acre swath. Alaska is 400 million acres when you consider our water and land. A postage stamp in the middle of a football field. That’s all the land we need to develop.”

“The administration is not understanding the inherent link between energy and security and energy and prosperity," Palin opined. "He’s rewarding the environmentalists who are extreme in saying there would be environmental harm in developing ANWR.”

She told the crowd that concerns over the "moose and caribou" were blown out of proportion because the Trans-Alaska Pipeline "has not been adverse at all."

In fact, "the animals mate under the pipeline," the former Republican vice presidential candidate remarked, admitting, "I haven’t actually seen it."

But even if some animals had to die for oil and gas exploration, Palin said that it was an acceptable risk.

"[I]f it is to hurt one caribou, then that one caribou should take one for the team and allow the rest of the country to benefit," she quipped.

As for 2016, Palin predicted that Republicans would win the presidential election because the party had a "deep bench" of candidates.

“I don’t underestimate the wisdom of the people," she said. "Enough is enough for this hopey changey stuff that didn’t work.”

“It’s a psychological, emotional type thing. Our young people are losing the sense of what it means to be America," Palin concluded. "What we will do on our lands? How we will responsibly develop God-given resources for our use?”