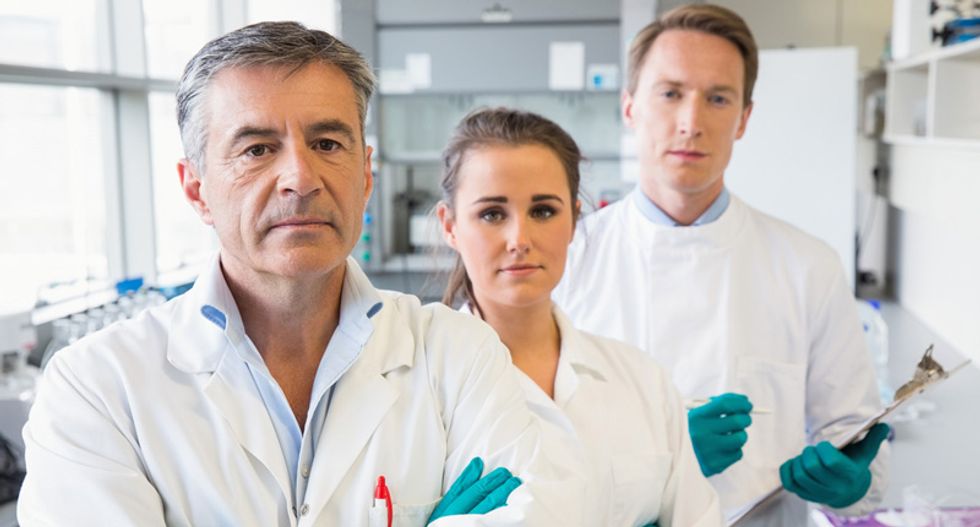 The vast majority of scientists -- 87 percent -- think they should play an active role in debates on public policy, according to a poll of US scientists released Sunday.

Forty-three percent of those queried by the Pew Research poll also felt it was important to engage with the media.

The survey was given to 3,748 US-based scientists who are members of the American Association for the Advancement of Science (AAAS), which publishes the journal Science and is holding its annual meeting in San Jose, California.

"Science topics are increasingly becoming part of the public debate and scientists clearly feel they should be in the arena," said Lee Rainie, Pew Research Center director of internet, science and technology research.

In the poll, 71 percent believed the public has either some or a lot of interest in their specialty area, and 53 percent said there was a lot or some debate in the news about their field.

And when it came to how science news is portrayed in the media, many had concerns.

A total of 79 percent of AAAS scientists said it was a "major problem for science" that news reports do not distinguish between scientific findings that are well-grounded and studies that are not.

More than half (52 percent) said simplification of scientific findings was a major problem for science in general.

Almost half (47 percent) use social media to talk about science or read about scientific developments, younger scientists were more likely than older ones.

"What is really interesting in this data is to see the generational differences that are present," said Cary Funk of the Pew Research Center.

However, Dominique Brossard, chair of the department of life sciences communication at the University of Wisconsin-Madison, pointed out that because the poll surveyed members of AAAS, an advocacy group, they do not represent scientists as a whole.

"Scientific communities are very different from one institution to another," Brossard said during a panel discussion of the findings.

"So it should certainly not be surprising to see that 80 percent of their members think that you need to be an advocate for science. This is what the organization stands for," she told reporters.

She presented findings from a poll that surveyed working scientists at the University of Wisconsin, Madison, that showed far fewer scientists were active on social media.

"We had 10 percent of our scientists that were blogging about topics relevant to their research, and 12 percent that were tweeting about research often or occasionally."

She said the findings showed that engagement on social media was "still not the norm."