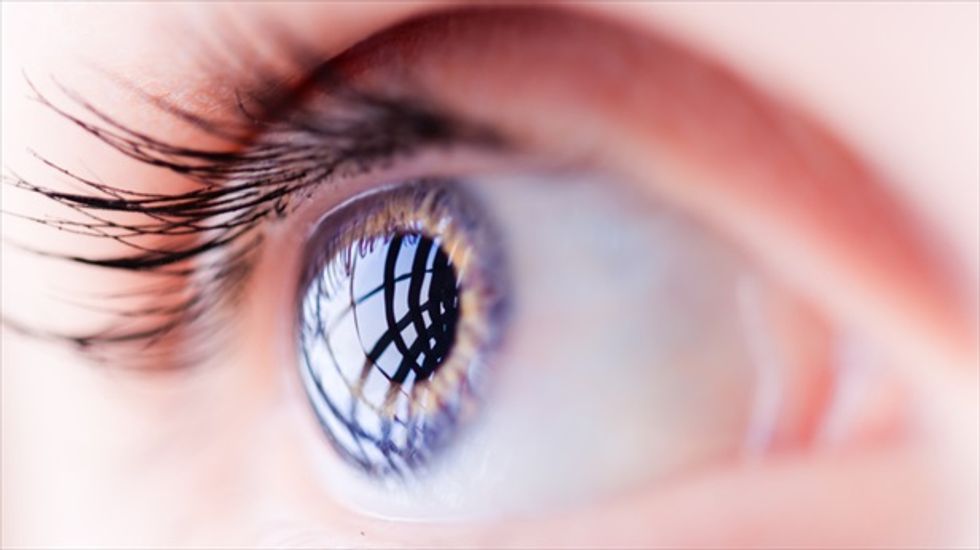 A contact lens that magnifies objects at the wink of an eye has been created by scientists to help people with impaired vision.

The lens contains an extremely thin telescope that is switched on when the wearer winks their right eye and returns to normal when they wink their left eye.

Eric Tremblay, a researcher at Switzerland’s École Polytechnique Fédérale de Lausanne (EPFL), said the lens could help people with age-related macular degeneration (AMD), which leaves them with a blind spot in the centre of their vision.

The contact lens magnifies objects by 2.8 times, making road signs, facial features and other objects large enough for people with AMD to recognise with their peripheral vision.

The device was funded by Darpa, the Pentagon’s research agency, as a means of giving soldiers a form of bionic vision.

“They were really interested in supervision, but the reality is more tame than that,” said Tremblay at the American Association for the Advancement of Science. So far, only five people have tested the latest version.

The device is larger and slightly thicker than a normal contact lens. It allows the wearer to see normally by correcting for short or long sight. But around the central region is a thin, ring-shaped reflective telescope, which expands the perceived size of objects like weak binoculars.

To swap between normal and magnified vision, the wearer dons a pair of liquid crystal glasses. By winking, they can switch the glasses electronically to polarise light in different planes. The contact lens is designed so that one type of polarised light goes through the normal, central part of the lens, while the other goes through the magnifying region.

More work is needed before the contact lenses are ready for patients to wear regularly. The latest lenses can only be worn for about half an hour, because they do not allow enough oxygen to pass through them and into the eye. Tremblay said he expected a working version of the contact lenses to be available in two years or so.