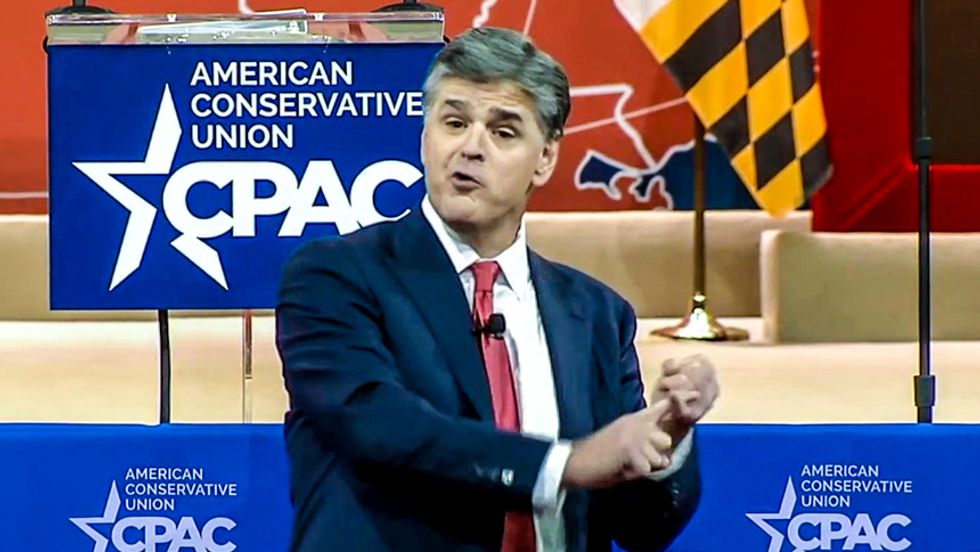 Assuring his listeners that he was not seeking the presidential nomination in 2016, Fox News host Sean Hannity entertained at the CPAC conference Friday with some extemporaneous mugging -- including a "knick-knack paddywhack, give the dog a bone" riff, which went over big with the conservative audience.

Hannity's larger point was that President Obama continues to lay off blame for everything going wrong during his administration on his predecessor, George W. Bush.

But then things got a bit weird when Hannity went for a an unusual joke.

"I can look out in the crowd, I kind of have X-ray Fox vision, and I can see some of you women, you don't even know it yet, but you're pregnant. It's not your fault. It's not his fault. Who's fault is it?"

But Hannity said Bush couldn't be blamed -- and he tried out his Bill Clinton impression on the crowd.

Watch it for yourself here...