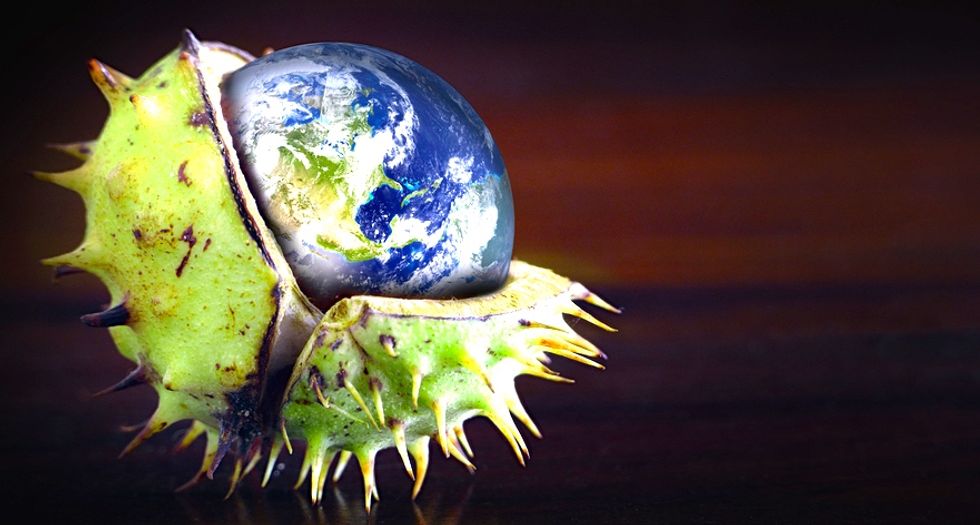 A senior US scientist has expressed concern that the intelligence services are funding climate change research to learn if new technologies could be used as potential weapons.

Alan Robock, a climate scientist at Rutgers University in New Jersey, has called on secretive government agencies to be open about their interest in radical work that explores how to alter the world’s climate.

Robock, who has contributed to reports for the intergovernmental panel on climate change (IPCC), uses computer models to study how stratospheric aerosols can cool the planet in the way massive volcanic eruptions do.

But he was worried about who would control such climate-altering technologies should they prove effective, he told the American Association for the Advancement of Science in San Jose.

​Last week, the National Academy of Sciences published a two-volume report on different approaches to tackling climate change. One focused on means to remove carbon dioxide from the atmosphere, the other on ways to change clouds or the Earth’s surface to make them reflect more sunlight out to space.

The report concluded that while small-scale research projects were needed, the technologies were so far from being ready that reducing carbon emissions remained the most viable approach to curbing the worst extremes of climate change. A report by the Royal Society in 2009 made similar recommendations.

The $600,000 report was part-funded by the US intelligence services, but Robock said the CIA and other agencies had not fully explained their interest in the work. “The CIA was a major funder of the National Academies report so that makes me really worried who is going to be in control,” he said. Other funders included Nasa, the US Department of Energy, and the National Oceanic and Atmospheric Administration.

The CIA established the Center on Climate Change and National Security in 2009, a decision that drew fierce criticism from some Republicans who viewed it as a distraction from more pressing terrorist concerns. The center was closed down in 2012, though the agency said it would continue to monitor the humanitarian consequences of climate change and the impact on US economic security, albeit not from a dedicated office.

Robock said he became suspicious about the intelligence agencies’ involvement in climate change science after receiving a call from two men who claimed to be CIA consultants ​three years ago. “They said: ‘We are working for the CIA and we’d like to know if some other country was controlling our climate, would we be able to detect it?’ I think they were also thinking in the back of their minds: ‘If we wanted to control somebody else’s climate could they detect it?’”

He replied that if a country wanted to create a stratospheric cloud large enough to change the climate, it would be visible with satellites and ground-based instruments. The use of the weather as a weapon was banned in 1978 ​under the Environmental Modification Convention (Enmod) .

Asked how he felt ​about the call, Robock said he was scared. “I’d learned of lots of other things the CIA had done that didn’t follow the rules. I thought that wasn’t how my tax money was spent,” he said. The CIA did not respond to requests for comment over the weekend.

The US dabbled in weather modification before Enmod was introduced. In the early 1960s, researchers on Project Storm Fury seeded thunderstorms with various particles in the hope of diminishing their destructive power. A similar process was adopted during the Vietnam war, with clouds seeded over the Ho Chi Minh trail in a bid to make the major supply route for North Vietnamese foot soldiers too muddy to pass.

“I think this research should be out in the open and it has to be international so there won’t be any question that this technology will used for hostile purposes,” Robock said.