Texas man threatens girlfriend 7 times in a month, then kills her hours after she begs police for help 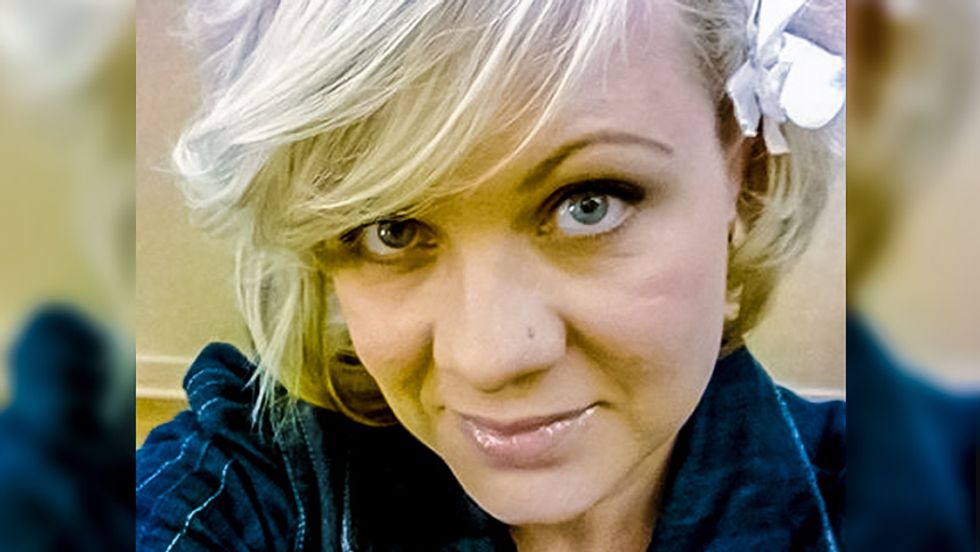 Police in Corpus Christi on Tuesday said that they had done all that they could for a woman who asked them for protection from her ex-boyfriend, and was then killed less than 24 hours later.

On Monday, 33-year-old Heather Coglaiti went to the Corpus Christi Police Department (CCPD) to report that her on-again-off-again boyfriend, Jose Calderon, had threatened to hurt her, and had slashed her car tires.

While Coglaiti was speaking with officers, Calderon called her cellphone, and he agreed to come in to the station to give his side of the story.

In video of the interview released on Tuesday, Calderon dismisses Coglaiti's claims as part of the ongoing cycle of their relationship.

"We've done this a lot through the whole two years. We go back and forth, we'll fight like this and she knows I won't punch her but she punches the hell out of me in the face and she'll bite, do whatever," he said.

"She said, 'I'm so scared you're gonna kill me'," Calderon admitted during the interview. "I've never said that out of my mouth."

"Never do I ever threaten this lady. Never," he insisted. "I don't know why she says this and that."

Although CCPD records showed incidents between the couple going back to January of 2014 -- including seven death threats and other incidents last month -- Calderon repeatedly denied during the interview that he ever threatened Coglaiti or that he slashed her tires.

"She likes playing the little mind games too," he remarked. "She's not quite as innocent as she makes it out to be."

After the 37-minute interview with police was over, Calderon was allowed to leave. About 16 hours later, Calderon shot Coglaiti to death in an apartment, and then turned the gun on himself.

At a press conference on Tuesday, CCPD officials said that they did all that they could do to protect Coglaiti under state and federal laws.

"The law not only gives us authority, but it restricts our authority so the system works in a very methodical way," Bowers said. "Victims need to understand that when start to suggest that you leave your home or your job, it's for immediate safety, not because the legal system needs that."

He pointed out that an emergency protective order requires "a certain level of violence."

"So a protective order can't be -- criminal mischief, for instance, will not reach a level where somebody can get a protective order," Bowers noted. "It requires violence at a certain level. It is issued by a judge."

Henry Wallace was shot and killed over the weekend after an elderly neighbor was enraged over Wallace leaving the door open to the shared laundry room. While standing at his mailbox, Hugh Hootman demanded Wallace apologize, said WPBF News.

According to what Hootman told the police, it was only when Wallace tried to push past Hootman that he said, "I lost my temper," pulled out a gun, and shot him several times.

Speaking to Georgia local and Black Voters Matter co-founder Latosha Brown and Professor Jason Johnson, Reid asked if the runoff was making people more exhausted and overwhelmed about politics. Brown explained that it wasn't, that people understand the importance of the election.