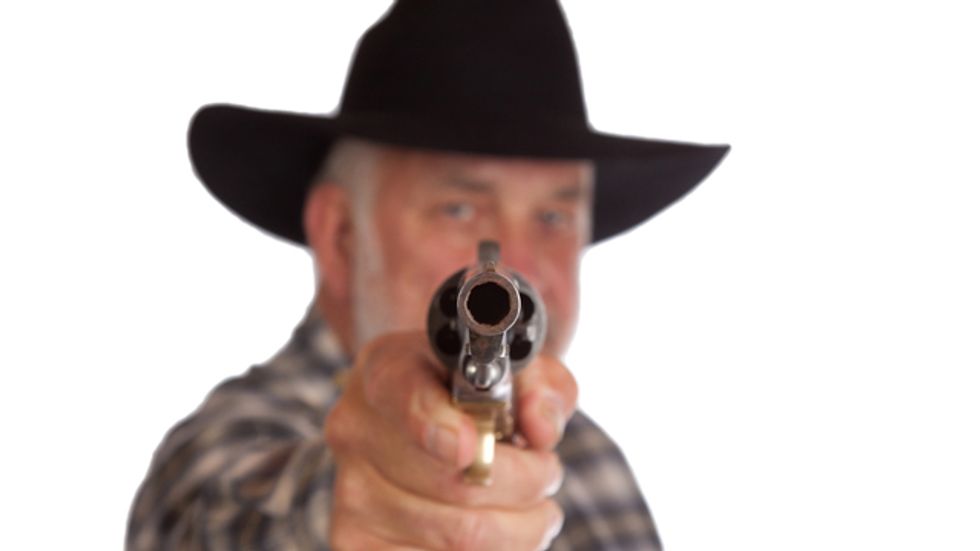 Police said that a Texas man fatally shot his girlfriend and then turned the gun on himself just three hours after she filed a harassment complaint against him.

According to Houston police, the victim was working at the Greenbriar Apartments leasing office on Wednesday afternoon when her ex-boyfriend came onto the property, prompting witnesses to call 911. But before officers arrived, there were reports of two gun shots.

"There were some witnesses who ran for their lives," Houston Police Department homicide investigator Robert Klementich told KTRK.

When EMS workers located the woman in the clubhouse, she was already dead from a gunshot wound. The suspect had also suffered a single gunshot, but he was still alive.

The suspect was transported to Ben Taub General Hospital, and was expected to die. Security video reportedly showed the man gunning down his girlfriend, and then shooting himself.

KTRK reported that the victim had filed a harassment complaint with police just three hours before she was murdered. The suspect had called the victim 140 times in one day, police said.

The couple had dated since 2007, and had a 2-year-old daughter together. But after the man started to become unstable about four months ago, the woman moved out to her own apartment. She had filed at least one other complaint against him for harassment about a month ago.