The sorry state of American political reporting in one dumb graphic 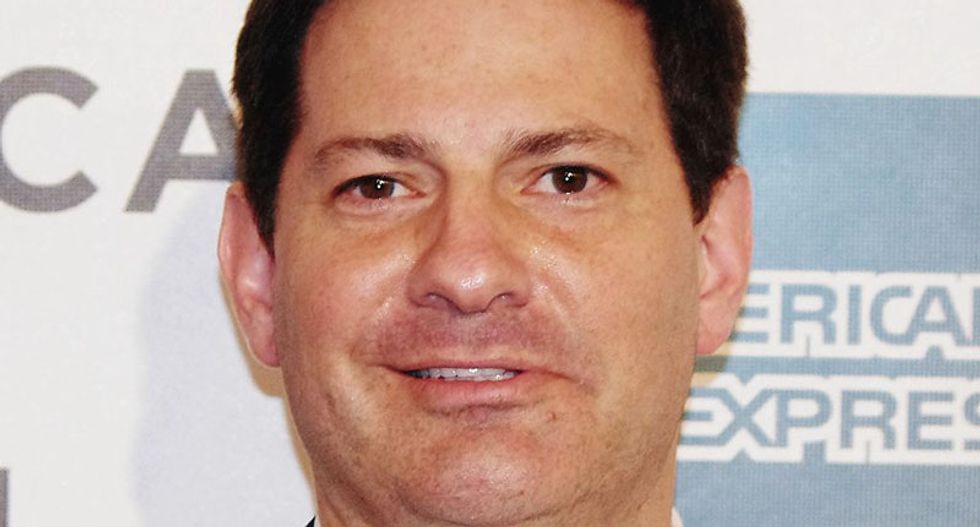 Before there was Luke Russert, there was Mark Halperin.

The son of Morton Halperin, a prominent policy expert who served in three presidential administrations (2 Democratic, 1 Republican), Mark Halperin has made a name for himself as a political commentator by treating conventional wisdom about the ins and outs of Beltway politics like they were scoops.

Through the years Halperin has worked his way up through ABC, Time Magazine, MSNBC (where he frequently appears on the Morning Joe conventional wisdom coffee klatch and simmering dysfunctional family feud), before landing a job as the co-managing editor of the rapidly growing Bloomberg Politics.

His specialty is political horse race forecasting -- and not the smart Nate Silver kind of forecasting -- based upon skimming the surface of policy discussions, candidate statements, and "optics" which he then turns into semi-thoughtful statements about how America is going to react.

Because he's in touch with the common man, the Heartland, 'Murica.

In the past ten years or so, Halperin has been notable for three things.

Months before the 2008 election, GOP nominee John McCain was asked how many houses he and his lovely heiress wife owned. McCain was unable to answer, saying “I’ll have my staff get to you." Everyone thought it was a horrible gaffe made by an out-of-touch winner of a golden ticket, who then married the ticket so it could fund his political aspirations.

Halperin thought it was a gaffe too, but the person really hurt by it was ... Barrack Obama.

My hunch is this is going to end up being one of the worst moments in the entire campaign for one of the candidates but it’s Barack Obama. […] I believe that this opened the door to not just Tony Rezko in that ad, but to bring up Reverend Wright, to bring up his relationship with Bill Ayers.

As you may guess, nobody else made that ridiculous leap of logic and, if you haven't heard: Obama went on to beat McCain. It was in all of the papers.

Notable achievement number two: Halperin co-authored  a book that informed the world that Sarah Palin was (surprise!) a hot mess on campaign trail 2008. It was conventional wisdom, but with more details, so we'll give him that.

“I thought he was a kind of a dick yesterday."

Which brings us to today.

With all of the major (and no chance at all, Jindal & Christie)  GOP presidential contenders giving  speeches at CPAC , Halperin is here to provide you with a report card to let you know how they did; breaking it down by 'Style" and  "Substance," with an "Overall" grade.

See if you can figure out what is wrong with this picture:

How is this even possible?

How can you get an A- in style, drop down to a generous gentleman's C+ in substance, and end up with an even higher A?

Even Walker, who never finished college and thinks Ronald Reagan's "most significant foreign policy decision" was firing the air traffic controllers, would look at this and go "wutdafuc?"

But wait, there is more. Rand Paul's two B's averaged out to an A-. Carly Fiorina pulled an all-nighter to get her A- and C- up to resume-enhancing: A-. Suck on that, HP.

And this Mark Halperin was handed the keys to Bloomberg's political coverage, and people treat him seriously.

I give it a gentleman's 'D' for dumb.