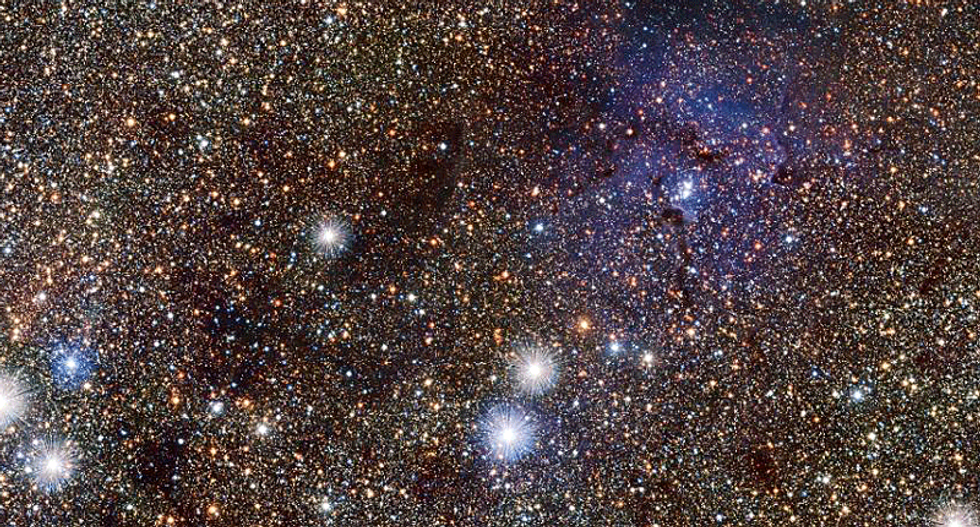 Brazilian astronomers said Friday they had found two star clusters forming in a remote part of our Milky Way galaxy where such a thing was previously thought impossible.

Seen from above, the Milky Way has arms of stars, gas and dust flailing out in a spiral shape from the centre.

From the side, it resembles a flat disk with a big bulge in the middle -- it has been likened to two fried eggs stuck together back-to-back.

Stars normally form inside clumps of gas in so-called giant molecular clouds (GMCs), found in the inner part of the galactic disk, said a statement from Britain's Royal Astronomical Society, which published the findings in its Monthly Notices.

Each of these clouds contains several gas clumps, which means that most stars, possibly all of them, are created together in clusters.

Using NASA's Wide-Field Infrared Survey Explorer (WISE) space telescope, a team led by Denilso Camargo of the Federal University of Rio Grande do Sul in Porto Alegre found GMCs far outside the central galaxy -- seen from the side they lay at distances thousands of light years above and below the Milky Way's disk.

And not only that, one of these remote clouds "unexpectedly" contained two star clusters, said the statement.

"This is the first time astronomers have found stars being born in such a remote location".

Estimated to be about two million years old, the cloud lies 16,000 light years "beneath" the galactic disk -- "an enormous distance away from the usual regions of star formation".

"Our work shows that the space around the Galaxy is a lot less empty than we thought," said Camargo.