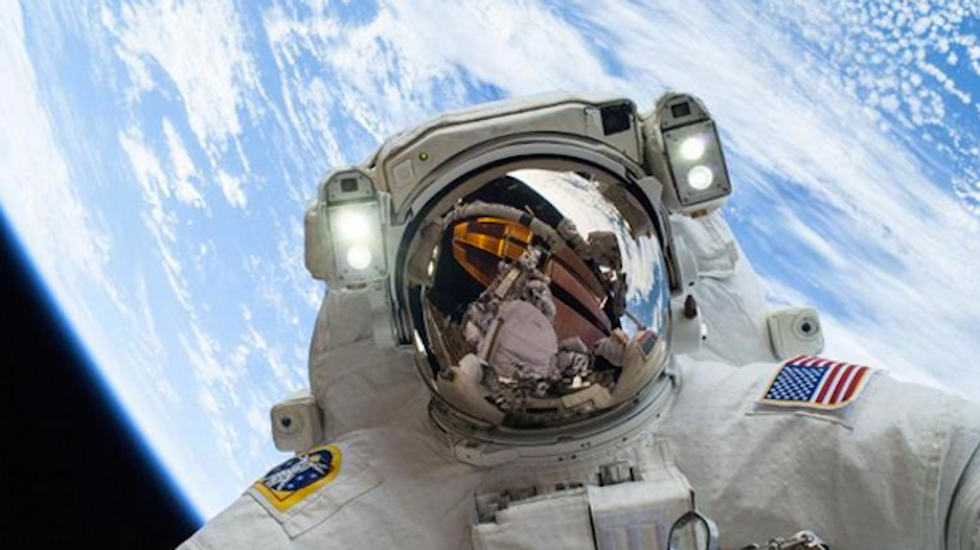 A pair of U.S. astronauts floated outside the International Space Station on Saturday to begin rigging parking spots for two commercial space taxis.

The work will prepare docking ports for upcoming flights by Boeing Co and privately owned Space Exploration Technologies, or SpaceX, which are developing capsules to ferry crew to and from the station, which flies about 260 miles (418 km) above the Earth.

The United States has been dependent on Russia for station crew transportation since the space shuttle were retired in 2011.

The first test flight of a new U.S. crew craft isn’t expected until late 2016, but the station, a $100 billion laboratory owned by 15 nations, needs to undergo a significant transformation to prepare for the new vehicles, NASA said.

That work began on Saturday with Wilmore and Virts expected to install six cables to a docking port on the station’s Harmony module, the same site where space shuttles used to berth.

"This will be the most complicated cable-routing task that we have performed (by spacewalkers) to date,” Karina Eversly, lead spacewalk official, told reporters at a news conference on Wednesday.

After two more spacewalks scheduled for Monday, Feb. 23 and Sunday, March 1, the station will be outfitted with a total of 764 feet (233 m) of new cabling, as well as a communications system to support Boeing’s CST-100 and SpaceX’s upgraded Dragon capsules. The work sets the stage for the launch and installation of two international docking systems, built by Boeing and scheduled for launch aboard SpaceX Dragon cargo ships later this year.

To make room for a second berthing port on Harmony and two docking slips for cargo ships, NASA also plans to relocate another module using the station’s robot arm. "We're doing a lot of reconfiguration this year," Kenneth Todd, station operations manager, said at the news conference. "We are really trying to take the station into this next phase.”