Vaccine denial explained: This is how the human brain plays the blame game 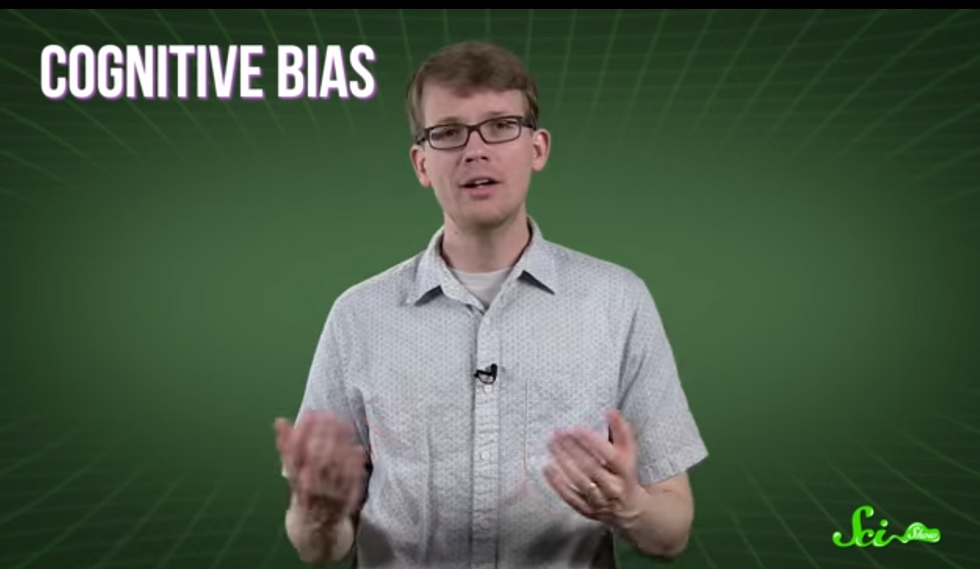 In the video embedded below, video blogger and SciShow host Hank Green discussed the cognitive science behind some people's choice to believe that vaccines cause autism or pose other health risks, beliefs that are not substantiated by science.

Green said, "We see the anti-vaccination movement as a phenomenon to be understood, so rather than making another statement about how, yes, vaccines are good and no, they don't cause autism, let's use science to understand why fewer and fewer people are getting their children vaccinated."

First, said Green, it's important to establish that while autism diagnoses are increasing, it's largely due to improved detection and diagnostic techniques, not necessarily an increase in autism rates. The only thing we know for sure is that we're finding more cases, not that cases are on the rise.

Autism Spectrum Disorders (ASD) is a blanket term used to encompass all of the many manifestations of autism, and, according to Green, ASD has strong genetic factors that are believed to couple with environmental factors to produce the disorder.

"We simply don't know what precisely causes autism," Green explained, "and in the absence of explanations, people try to make sense of it themselves."

"And the way our brains do that," he said, "is almost entirely by cognitive bias."

Cognitive bias is anything that slants how we take in and process information. It determines what data a person takes in and what they ignore.

Green said that when we hear a hypothesis and say, "Yeah, that makes sense," what we're really saying is, "Yes, that fits my cognitive biases."

Most autism diagnoses come about in one of two ways, parents noticing a deficit in language skills around the child's first birthday or when a child suddenly loses skills they have already acquired, and that can happen all the way up to a child's third birthday.

Because of what's known as negativity bias, humans spend a lot more time "trying to figure out why a bad thing happened than we do trying to determine why something went good."

The search for what causes things to go wrong is called "explanatory attribution."

Green said, "Some people are more prone to blame themselves, while others search for an external event to blame. But one thing is clear: we are very bad at not blaming anything."

So it's only natural, he said, that parents of autistic children are looking for explanations. With most young children, the most significant recent health event in their lives was their last vaccination.

"A parent, already experiencing frustration with the medical community's inability to tell them why this thing has happened to their child, will, on the internet, find a vibrant community of similarly frustrated people who share their values and experiences. These communities are full of anecdotes that draw connections between vaccines and autism. And so, unsurprisingly, some people become convinced that they have found the reason for their child's disability," Green said.

This creates a reinforcing environment for the parents' biases and explanatory attributions, allowing what's known as "confirmation bias" to set in.

"Confirmation bias is simply our tendency to more readily, and with less scrutiny, accept information, anecdotes, and world views that confirm our existing beliefs," Green explained.