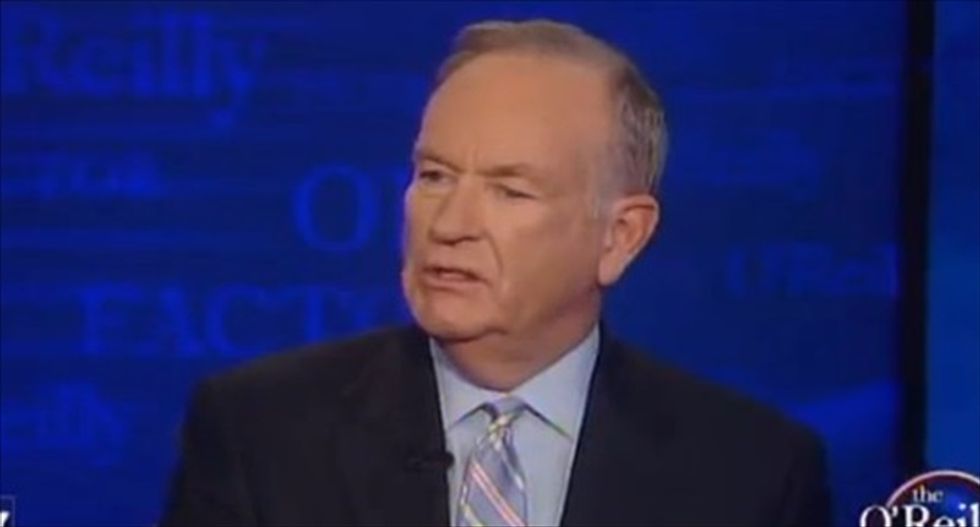 The 400,000-member veterans' group VoteVets.org slammed Fox News Bill O'Reilly on Friday following a report questioning his description of his work in Argentina during the Falklands conflict, Media Matters reported.

"Men and women have fought, died, been wounded, and scarred by war. There are many journalists who actually were in the crossfire, who died, trying to bring the story to the American people," the group's president, Jon Soltz, said in a statement. "What Bill O'Reilly has done is steal their valor, and it is wrong."

Soltz said that, just as NBC News relieved anchor Brian Williams of his on-air duties and suspended him without pay after his story about taking fire in a U.S. military helicopter was debunked, that Fox should do the same to the Factor host.

The statement follows Mother Jones' report on Thursday highlighting apparent discrepancies between O'Reilly's public statements saying he was "in the Falklands" covering the war and his written account of covering a riot in Buenos Aires -- 1,000 miles away from the fighting -- after the end of the conflict.

Mother Jones subsequently published a timeline of Washington D.C. bureau chief David Corn's reporting, including a list of questions for O'Reilly, including, "On his radio show on January 13, 2005, Mr. O'Reilly said, "I was in the middle of a couple of firefights in South and Central America." In which countries and when did these firefights occur? Can Mr. O'Reilly describe them?"

Corn wrote that he contacted both O'Reilly and Fox News officials various times on Thursday but received no response before publishing his story. Instead of responding to Corn, O'Reilly has denounced him to other news outlets, calling him "a liar [and] a smear merchant" and insisting he had not misrepresented his experiences.

On Friday, O'Reilly told former Fox colleague Glenn Beck that he would "put a stake through the heart" of the allegations on his show later this evening.

But according to Soltz, a lack of response by the network will "tell us a lot" about how seriously it can be taken in the wake of the allegations against O'Reilly.

"It makes it seem like anyone can head on over to a war zone," Soltz's statement read. "But honestly it is more insulting to the war reporters who never bragged about their war experience, but just kept their head down and did their job. Some of them died doing that job. In my mind, those reporters were heroes."