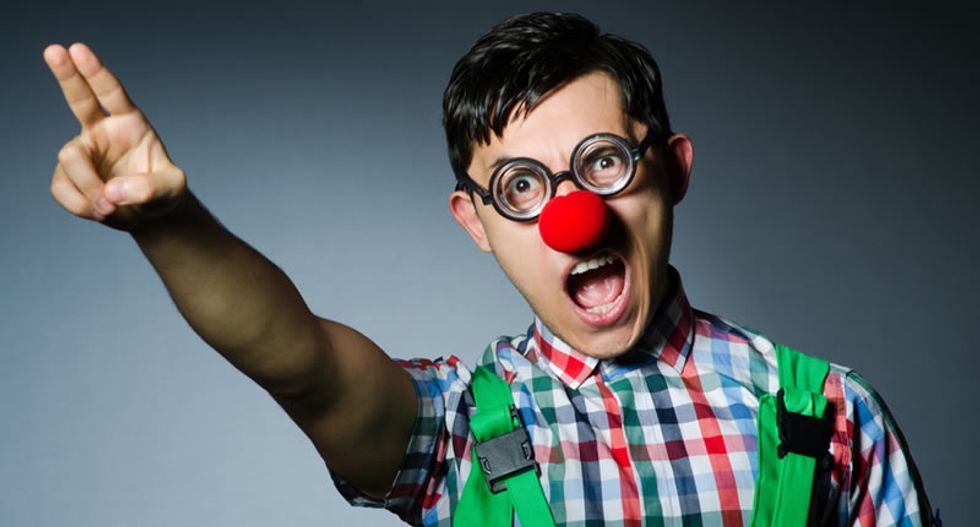 A group of white supremacists are using an 8chan board to discuss plans to form a new, white's only colony in Africa, Vice's Tom Sanders reports.

"I just want to start by saying that no feat is too great, no task too arduous when done for the love of ones clan and blood," one of the project's leaders, "Kommandant," wrote.

"I have a hope for this future to prevail. And I know you can all see it too. It's an ember, but with just the right amount of breath it can become a raging fire. And all of Africa will see its beautiful glow in the night sky. Call it Southwest Africa, call it New Rhodesia, call it whatever you want."

This "new" colony "is an idea born from desperation and love for a dying culture and a people under systematic attack," he continued, claiming that unlike earlier attempts by white people to colonize Africa, theirs could work because "[t]he place we are trying to claim is also not the homeland of an indigenous people. Previously uninhabitable, new technologies now make settlement there possible."

Anyone is welcome to join the colony, so long as they don't behave in ways that could "tarnish the image and reputation of modern colonists" and can prove they are "99 percent pure white."

After repeated attempts by anonymous posters asking whether they can join if, for example, they have an Asian parent, one user laid down the law, writing "[n]o fucking niggers, mongrels, or chinks allowed. If they are allowed, then there is no fucking point to the project. How many times do we need to point that out?"

"Can we achieve an all white state?" another more diplomatic poster asked, before parroting President Barack Obama's campaign slogan by answering, "Yes we can."

"Not in the USA or Europe," the poster added, "because the majority is brainwashed multicultural goyim who would resist. We are sadly becoming a minority here."

Over 150 people have pledged some form of material support to help found "New Rhodesia," but they have run into problems -- foremost among them, that the current Namibian government might take issue with this massive expropriation of territory under its control.

The prospective colonists believe they can forestall Namibian complaints by pretending to be a charity interested in "helping poor starving Africans."

"Don't worry," one board member wrote, "we will act all tolerant while we are still under Namibian rule, but when we get independence all the non-whites will get the boot or the bullet."

As for the prospect of continuing this project beyond the initial group of settlers, these white supremacists have a plan -- because homosexuality is already illegal in Namibia, the colony will be required by law to consist entirely of "breeders."

In response to a user who doubted whether enough women would be involved in the project to create a sustainable colony, one poster replied -- in the language used by members of the pickup artist community -- that they need not worry, because "not everyone on this board is a beta autist."