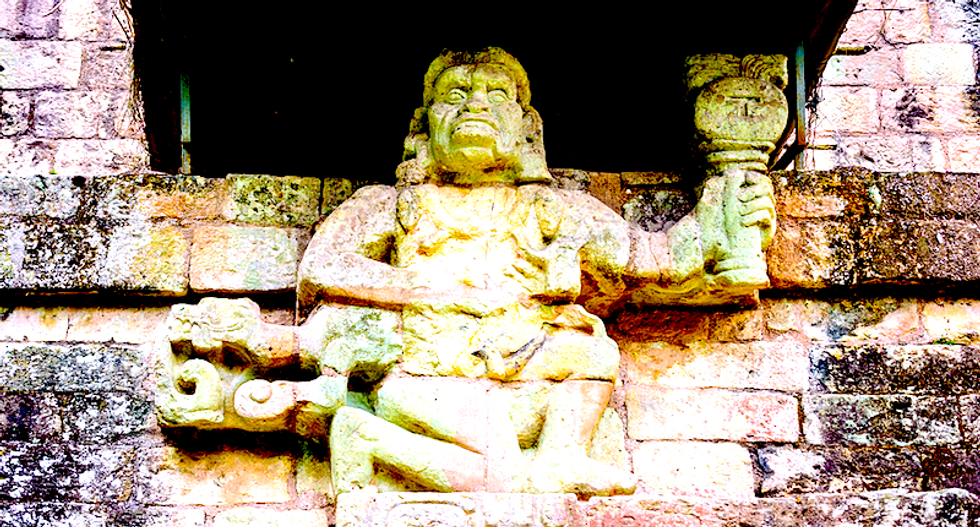 An expedition team of scientists and archeologists has unearthed the ruins of an ancient civilization in a part of the Honduran jungle that’s being described as the most undisturbed tract of rainforest in Central America.

After centuries of lore that promulgated the idea of a lost El Dorado teeming with untold riches deep within the Honduran rainforest, a team of archeologists, engineers and anthropologists claims to have discovered the fabled location of the City of the Monkey God or The White City, where people worshipped a monkey god and from which visitors never returned.

First reported by National Geographic, which sent a photographer and writer to follow the scientists on their jungle trek, the expedition is being hailed as both a cultural and ecological milestone.

For lead archeologist Christopher Fisher of Colorado State University, it was his interaction with an angry spider monkey that helped him realize the importance of his team’s discovery.

When a particularly feisty spider monkey decided that Fisher was intruding on his territory, the animal -- swinging upside down from the branch overhead -- let his annoyance be known.

“He was screaming and yelling at me, throwing branches and leaves at me,” recounted Fisher in a phone interview. “He was upset that I was invading his space.”

Over the last few centuries, monkeys in the wild have learned to fear humans whom they view as predators and to flee upon contact, Fisher points out.

But in this part of the world, where animals had never encountered humans before, the monkey viewed the archeologist as just another primate who was encroaching on his personal space.

“To see that, had a huge impact on me,” Fisher said.

All told, scientists found and documented 52 artifacts believed to date from AD 1000 to 1400, “peeking from the earth” including ceremonial seats, finely carved vessels decorated with serpents, and the head of a ‘were-jaguar' effigy, a mythical creature that’s part human, part jaguar, part serpent.

The items were left unexcavated and simply documented.

Unlike in the movies, where swashbuckling, fedora-wearing heroes stumble upon hidden cities to soaring soundtracks, Fisher said his ‘aha’ moment was far less dramatic and occurred back in the lab in 2012, where he analyzed images sent back from a state-of-the-art laser light scanner called the LIDAR.

LIDAR stands for Light Detection and Ranging and can map the ground even though dense jungle canopy.

After digitizing the images, Fisher detected evidence of human-modified lands and settlement, such as possible irrigation canals, reservoirs, and roads.

Fisher also stresses that the area is more likely to have been home to a collection of several ‘lost cities’ or settlements rather than a single ancient society.

For now, to avoid possible looting, scientists are keeping the exact location of the site a closely guarded secret.

But the site also needs to be preserved for its ecological significance, Fisher pointed out, as the last tract of virgin rainforest in Central America, Fisher points out.

“Our big concern is that now that we’ve discovered it, it’s our responsibility to preserve it.”