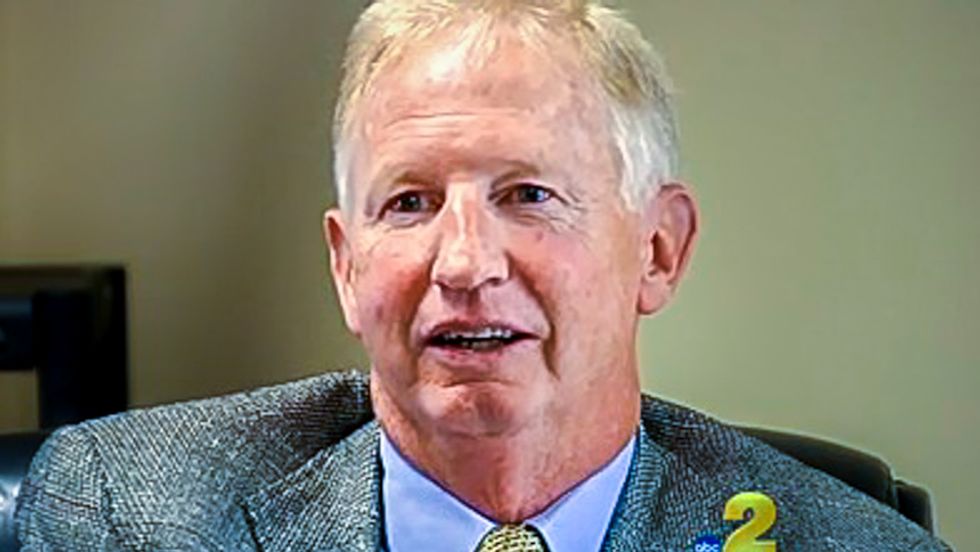 Bob Mirabito, CEO of Baton Rouge's Capital Area Transit System (CATS), apologized this week after asserting that buses were not being used by white passengers because there were not enough white drivers.

During an interview last week, podcaster Clay Young had asked Mirabito how he handled the "racial divide" at CATS after taking over the CEO job.

“CATS is actually 95 percent African-American," Mirabito explained, according to The Advocate. "And unfortunately our demographics don’t match Baton Rouge."

"I would love to have a workforce that matches the demographics of Baton Rouge because I think there are some people out there who may not ride CATS buses because they don’t like the color of an operator’s skin."

"That is a shame," he added. "As long as everybody does their job, that's all I care about."

Mirabito said that he had "heard" that the NAACP was helping bus drivers picket at the CATS main terminal.

"I don't know why they're there," Mirabito admitted. "You're going to have to ask the union and their leadership."

Metro Councilman John Delgado told The Advocate that Mirabito should be fired if he refused to apologize for his comments.

“If that’s his assessment of the potential ridership of Baton Rouge, then he’s an idiot and needs to be fired,” Delgado argued. “It’s obscene. I find it offensive.”

However, Councilwoman C. Denise Marcelle said that it was too late for apologies.

“If the board and my colleague who chairs the board sits there and allows that, we’ve got a real problem,” Marcelle insisted.

In a phone interview with The Advocate earlier this week, Mirabito refused to back down.

“Whether the staff is made up of 95 percent African-American or white or Asian, it should be a goal to try to match the demographics of the community that we’re providing service for,” the CATS CEO remarked.

But on Tuesday, Mirabito issued a statement apologizing, and said that his comments were not racially motivated.

“I apologize,” Mirabito declared. “It was never my intention to offend anyone, and I am sorry that my comments on a recent podcast have distracted our community from our continued push to move our transit system forward. My comment, heard in its entirety, was not racially motivated, and I apologize that is the impression it has given people.”

Scott McKay, publisher of conservative website The Hayride, defended Mirabito in a column on Tuesday, but called his statement "stupid."