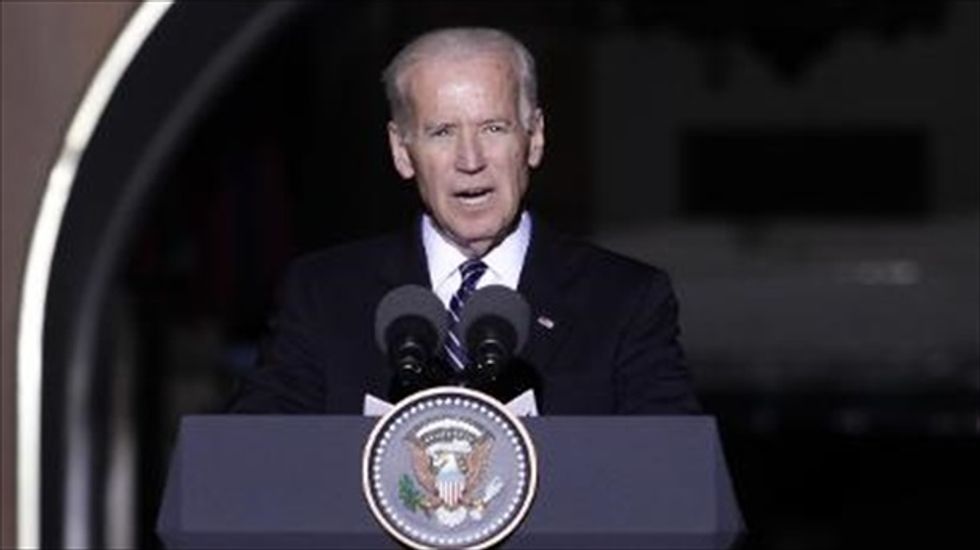 Vice President Joe Biden talks to journalists in Nicosia on May 22, 2014 [AFP]

Barack Obama pilloried Republicans over an incendiary letter to Iran's leaders that warned a nuclear deal with the United States could be scrapped by the next president.

Forty-seven Senate Republicans -- including several potential 2016 presidential candidates -- made the unprecedented move of directly and publicly addressing leaders of the Islamic Republic in a bid to scupper the sensitive talks.

"It has come to our attention while observing your nuclear negotiations with our government that you may not fully understand our constitutional system," the letter said.

Republicans warned any deal agreed before Obama leaves office in 2017 is "nothing more than an executive agreement between President Barack Obama and (supreme leader) Ayatollah Khamenei."

"The next president could revoke such an executive agreement with the stroke of a pen and future Congresses could modify the terms of the agreement at any time," they added.

Obama reacted by saying he would make his case to voters.

"I think it is somewhat ironic to see some members of Congress wanting to make common cause with hardliners in Iran," Obama said. "It is an unusual coalition."

"What we are going to focus on right now is actually seeing whether we can get a deal," added Obama.

"Once we do, if we do, then we'll be able to make the case to the American people."

Vice President Joe Biden, a former senator with decades of experience in Congress, opened fire with a harsher edge saying Republicans put the United States in peril with their misstep.

"This letter, in the guise of a constitutional lesson, ignores two centuries of precedent and threatens to undermine the ability of any future American president, whether Democrat or Republican, to negotiate with other nations on behalf of the United States," he said.

"This letter sends a highly misleading signal to friend and foe alike that that our commander-in-chief cannot deliver on America's commitments -- a message that is as false as it is dangerous.

"Honorable people can disagree over policy. But this is no way to make America safer or stronger," Biden added.

It is rare for bitter US partisan divides to bleed over to a party actively undermining foreign policy.

But with talks on a deal to curb Iran's nuclear program now in the final stages, the adage that "politics stops at the water's edge" has been tossed overboard.

Netanyahu, just weeks before a re-election bid, warned a brokered deal would not prevent Iran from getting nuclear weapons.

Instead, he said, "it would all but guarantee that Iran gets those weapons, lots of them."

With a March deadline looming, negotiators are furiously working to agree on a deal that would curb Iran's nuclear program in return for reducing Western sanctions.

A new round of talks between US Secretary of State John Kerry and Iranian Foreign Minister Mohammad Javad Zarif is due to take place in Lausanne, Switzerland on March 15.

The deal is seen as a key foreign policy goal of the Obama administration.

Many Republicans -- and several Democrats -- fear such an accord would loosen economic sanctions on Tehran while leaving it free to secretly attempt to develop nuclear weapons technology.

Iran insists it is developing nuclear power for civilian purposes.

A bipartisan group of lawmakers recently introduced legislation requiring Obama to submit any pending deal with Iran for congressional approval.

But Senate Majority Leader Mitch McConnell, who signed Friday's letter, agreed to delay consideration of the bill, amid complaints from Democrats.

The White House accused Republicans of partisanship, throwing "sand in the gears" and holding a false belief that military action could stall Iran's nuclear program.

Senate Democratic Leader Harry Reid spoke out against the Republican's "unprecedented" intervention in sensitive international negotiations "with the sole goal of embarrassing the president of the United States."

But the initiator of the letter, freshman Senator Tom Cotton, said that while the final terms have yet to be hammered out, details that have emerged already make the deal unpalatable.

"We know so far that Susan Rice, the president's national security advisor, has already conceded that Iran will have a robust uranium enrichment capability," Cotton told Fox News.