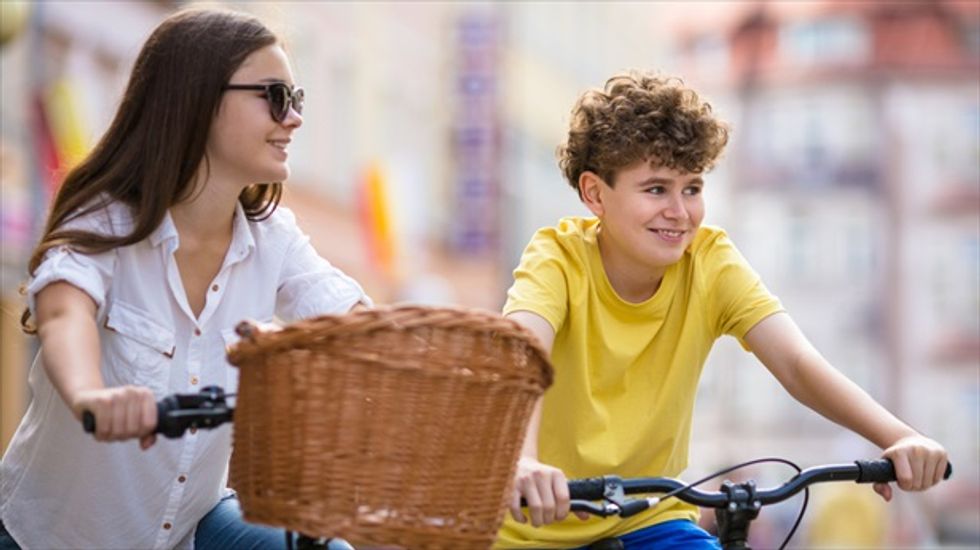 'Teens and bikes in city' (Shutterstock)

A new study from the Drexel University School of Public Health took advantage of the "natural experiments" created by lawmakers to determine which changes to public health policy have the greatest impact in the fight against American obesity.

Amy Auchincloss, Stephanie Mayne, and Yvonne Michael compared the caloric intake and physical activity levels of people before and after policy changes that occurred between 2005 and 2013. The trio reviewed 115 papers and found 37 studies that were suitably rigorous to be included.

They found that the most effective means of improving the health of the average American were policies that mandated improving the nutritional quality of their food, such as the banning of trans-fats and limiting the availability of fatty foods and sugary drinks.

Soda bans, like the one former New York City Mayor Michael Bloomberg attempted to install in 2012, have been widely mocked by those on both sides of the political spectrum. On The Daily Show, Jon Stewart said Bloomberg's measure "combines draconian government overreach people love with the probable lack of results they expect.”

Except, as the Drexel team found, such bans have been effective -- much more than so highly praised policy changes to build more fresh food supplying supermarkets in inner city "food deserts."

The researchers also discovered that while improving "active transportation" systems like bike lanes led to them being used more frequently, creating new systems in areas where they previously had not existed did not have an impact on the behavior of people in the local communities.

They did, however, caution that their study focused on healthier lifestyle choices more than the overall health of individuals.

"Research suggests that people will use new amenities like bike shares, and limit purchases of unhealthy foods in specific contexts like schools," they wrote. "But it is less clear whether these changes translate into overall improvements in diet and physical activity."