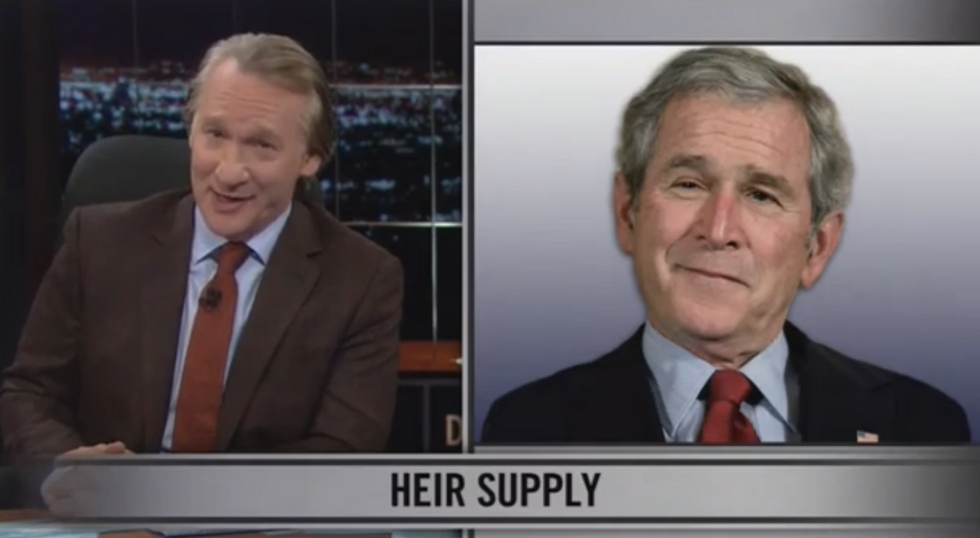 On Friday's edition of Real Time, host Bill Maher slammed Republicans for their double standard when it comes to work, money, self-sufficiency and personal responsibility.

"Someone has to explain to me why Republicans believe that not working and getting free money -- you know, like the 'takers' -- is the worst most corrupting thing that could ever happen to a person, except if you're rich," said Maher.

"The very first thing our new Republican Congress tried to do was get rid of any tax on inherited wealth, which they call the death tax, although really, what better time is there to pay a tax than when you're dead?" he went on.

"Yeah, we used to understand that and the estate tax used to be pretty high, but then President George W. Bush came along and worked tirelessly to make sure that rich, idle trust fund brats got every penny that was coming to them," Maher said.

"I wonder where he got the idea to reward dumb asses who leach off their dad's success," he quipped.

He went on to slam Wisconsin Rep. Ryan (R) and others on the right like Sen. Tom Cotton (R-AR) who took government assistance when they needed it, but then tried to cut benefits to everyone else.

Watch the video, embedded below via Crooks and Liars: