Bill O'Reilly: Obama had 'nothing to do' with killing Osama bin Laden 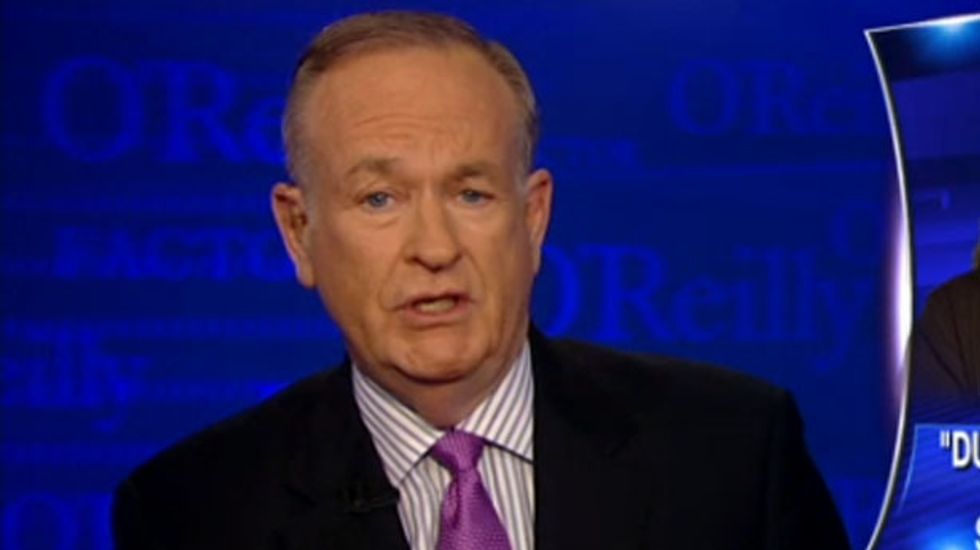 Fox News host Bill O'Reilly argued on Wednesday that the killing of Osama bin Laden should not count as a foreign policy victory for President Barack Obama because Obama didn't pull the trigger himself.

"He had nothing to do with that," O'Reilly told Democratic strategist Jessica Ehrlich. "That was U.S. intel and the NAVY Seals taking him out. He just said 'do it.'"

"It happened under his watch," Ehrlich countered.

"So what?" O'Reilly asked dismissively. "If that's what he's got after six years, that's dismal."

As Mother Jones reported in 2012, conservatives have long sought to minimize both Obama's decision to authorize the 2011 raid that ended in bin Laden's death and bin Laden himself. O'Reilly failed to mention on Wednesday that Obama's predecessor, George W. Bush, called bin Laden "a person who's been marginalized."

"Thank you for reading Playboy for me," Tantaros told O'Reilly.

"That's my job and I have to do it," he replied, before saying Cheney calling Obama "the worst president in my lifetime" was "a little bit of an overstatement based on ideology."

"Am I wrong?" he asked the Outnumbered host.

"I don't think you're wrong," said Tantaros, who earlier this year "just asked" if Obama was anti-Semitic. "I do agree with Cheney that he is one of the worst presidents, no question."

Watch video of O'Reilly's remarks, as posted by Media Matters, below.