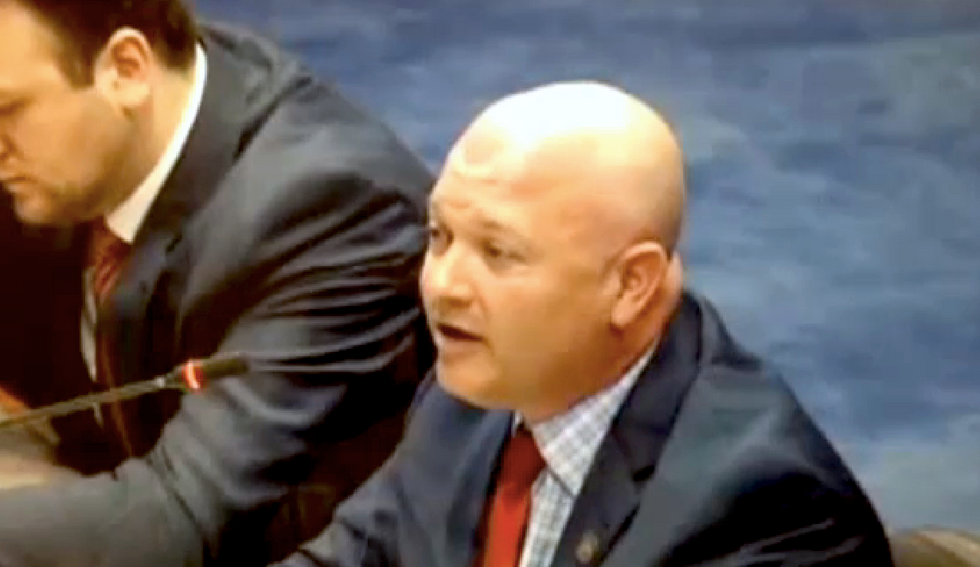 A Connecticut Republican state representative said during discussion of a bill regarding campus sexual assault on Tuesday that if there are witnesses to a reported sexual assault then it must have been a "really great party."

According to Hartford's WFSB, Republican state Rep. Mike Bocchino now says that the remarks are being taken out of context.

He was responding to a Democratic-sponsored bill that would require both parties to consent to sex by saying "yes" before engaging in intimate contact. Advocates of the law hope to curb sexual assaults and clarify the lines of consent in order to address the problem of rape and sexual assault on college campuses.

Bocchino was raising what he said is an issue with both parties stating their consent. Who is to believe their stories, he asked, if there are no other witnesses?

But, he said, "Because at the end of the day, there are no witnesses...or at least if there are, it's a really great party."

College student Emily Tourgeman, who attended the hearing, said, "I think that is so rude. I don't understand how someone in that high of a position, someone who is supposed to be in the public eye in a positive way, can make a degrading comment. That's a really childish comment.”

State Democrats reacted with disgust. In a statement released Tuesday, a party spokesperson said, "I assume that it was an attempt at humor, but Rep. Bocchino should know better -- and his constituents elected him to know better. Campus sexual assault is not a joke. It affects both genders, but up to one in five female students are victims. It's a serious problem, and I hope Rep. Bocchino publicly apologize for his distasteful and offensive comment."

A spokeswoman for the state Republican Party said that in spite of his comments, Bocchino voted in favor of the consent bill.