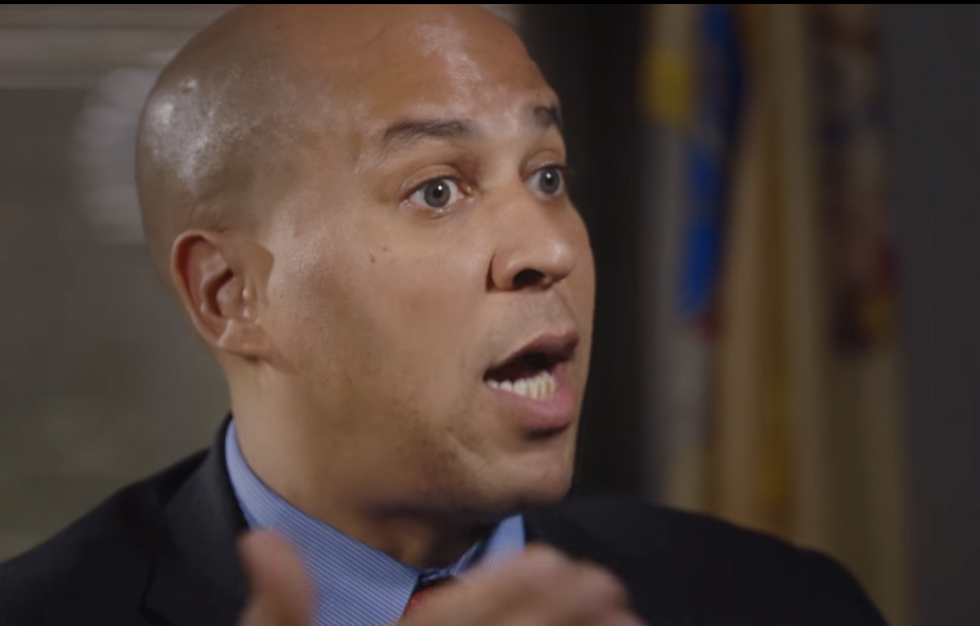 Correction: An earlier version of this story carried the headline, Cory Booker: Cops should raid fraternity houses if they want to fairly enforce drug laws, which was misleading and inaccurate. It has been corrected in this version. Raw Story regrets the error.

Sen. Cory Booker (D-NJ) decried the racial disparities in drug arrests and sentencing in the U.S., particularly regarding the sale and use of marijuana.

In an interview with Vox.com, Booker explained that just as many whites as blacks use and sell drugs, and yet the criminal justice system unfairly targets black people and hands them harsher sentences than white defendants accused of the same crimes.

"You have drug laws that are so severely, disparately enforced against some groups. Let's take African Americans, for example: there's no difference between black and white marijuana usage or sales, in fact," Booker said.

"You go to college campuses and you'll get white drug dealers," he said. "I know this from my own experience of growing up and going to college myself. Fraternity houses are not being raided by police at the level you see with communities in inner cities."

In places where police forces like the Ferguson, Missouri Police Department are unfairly targeting black citizens and using fines and penalties as a primary source of municipal income, these types of incarceration and arrest tactics create a sharply divided society.

"What that does within our country, especially in these concentrated areas where we have massive numbers of men being incarcerated, is create a caste system in which people feel like there's no way out," said Booker. "There are tons of pilot programs that show if you help people coming back from a nonviolent offense lock into a job or opportunity, their recidivism rates go down dramatically. If you don't help them, what happens is that, left with limited options, many people make the decision to go back to that world of narcotic sales."

"This is one of those issues, like the civil rights movement of the 1960s, where it should pull all Americans together to say enough is enough," he said.

"If you want to judge a society, don't judge it by the kid like me who grew up in an affluent neighborhood and was given great schooling. Judge it by how we treat all of our children," Booker continued.

"What does it say about a society when a kid makes a mistake, and we don't surround him with opportunities that we know now work?" he asked.

Watch part of the interview, embedded below via Vox.com: