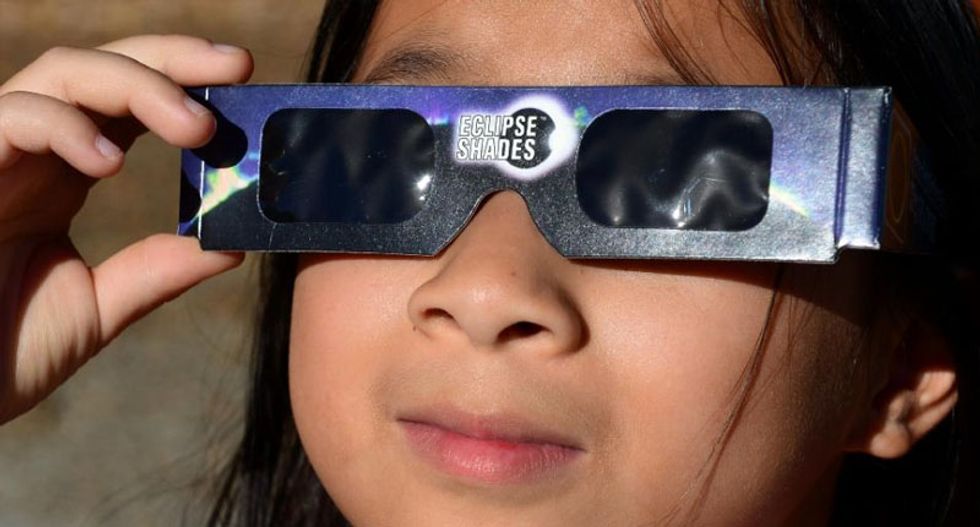 Europe's power operators are bracing for potential disruption from the solar eclipse expected Friday, which will knock out almost all solar-generated electricity in an "unprecedented" test for the network.

"The risk of an incident cannot be completely ruled out," the European Network of Transmission System Operators for Electricity (Entso-e) said recently, as 100 times more power is generated from the sun now than during the last eclipse in 1999.

"Solar eclipses have happened before but with the increase of installed photovoltaic energy generation, the risk of an incident could be serious without appropriate countermeasures," the group said.

"For the first time this is expected to have a relevant impact on the secure operation of the European power system," warned Entso-e.

If the morning of March 20 turns out to be very sunny -- before the eclipse hides the sun -- the sudden drop-off in production could reach 34,000 Megawatts, the equivalent of 80 medium-sized conventional power plants.

The drop-off in solar-produced energy could be as much as 75 percent if the sky is cloudless before the eclipse, which will cross Europe, from Portugal to Finland, from 9:00 am to 12:00 pm on Friday.

Network operators have put in place unprecedented contingency plans to compensate for what is expected to be a very sudden loss of power from solar sources.

The various networks have been coordinating their plans "for more than a year, with the creation of a specific task force" to look into the problem, said Konstantin Staschus, secretary general of Entso-e.

The country hardest hit by the brief plunge into darkness is likely to be Germany, which has a solar power capacity of 40,000 MW and where 18 percent of electricity consumption last year came from solar power.

Operators across the continent are bolstering their teams that day and have put in place a special procedure to avoid some households suffering a power cut.

They have bolstered their daily reserves that are used to compensate for normal surges in demand or declines in production. In France for example, the reserve will be boosted to 1,700 MW from the usual 1,000 MW.

Other sources of electricity production are also on stand-by, such as hydraulic dams in France that can be pressed into service rapidly if necessary.

In Germany, gas and coal-fired power stations could be called upon to increase production to compensate for the drop-off of solar's part in the energy mix.

And the countries have vowed to share information when the day comes with inter-connections between nations set to play a key role.

"Control centres in Europe will be in constant communication during the eclipse to ... reduce the reaction time" in the event of a serious power crisis, said Straschus.

One of the key players will be the Brussels-based Coreso, where staff work around the clock to watch over the five interconnected networks in Western Europe which accounts for more than 40 percent of the EU population.

This centre will advise on whether additional capacity will need to be laid on and whether countries will have to need to lend a hand to neighbours with additional supply.

"This solar eclipse will thus be an unprecedented test for Europe’s electricity system," concluded Entso-e.