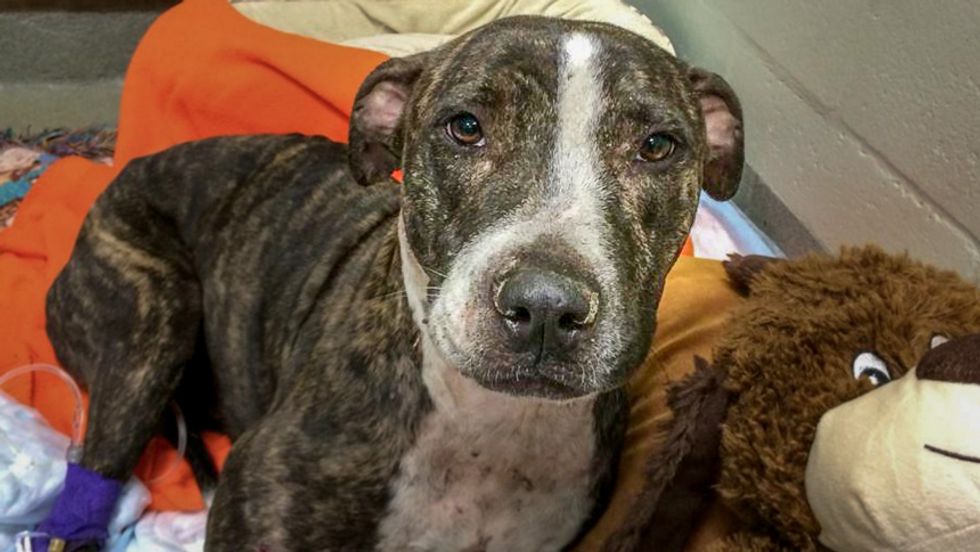 Police in Tampa are searching for the person who shot a dog multiple times and then tied it to railroad tracks.

According to WTSP, officers responding reports of shots fired on Wednesday afternoon found a dog tied to railroad tracks with a belt. The 1- to 2-year-old female animal had been shot twice in the neck and once above the right shoulder.

After stopping an oncoming train, officers were able to free the animal and take it to the Tampa Bay Veterinary Emergency Center.

“This is an active train track,” Lt. Michael Stout with the Tampa Police Department pointed out. “The chances of a train on that track being able to stop in time are slim.”

“The gunshot wounds were critical," Stout added. "She had lost a critical amount of blood when our officers got to her."

Veterinarians said that the dog would survive, but one leg would need to be amputated in the next few days.

Officers had initially given the dog the name of "R&R," but she was later renamed "Cabela." The Tampa Bay Veterinary Emergency Service Clinic was accepting donations for Cabela's medical care, which was expected to total more than $3,000.

Anyone with information about the crime was urged to call the Tampa Police Department or Crime Stoppers.

Watch the video below from WTVT, broadcast March 5, 2015.