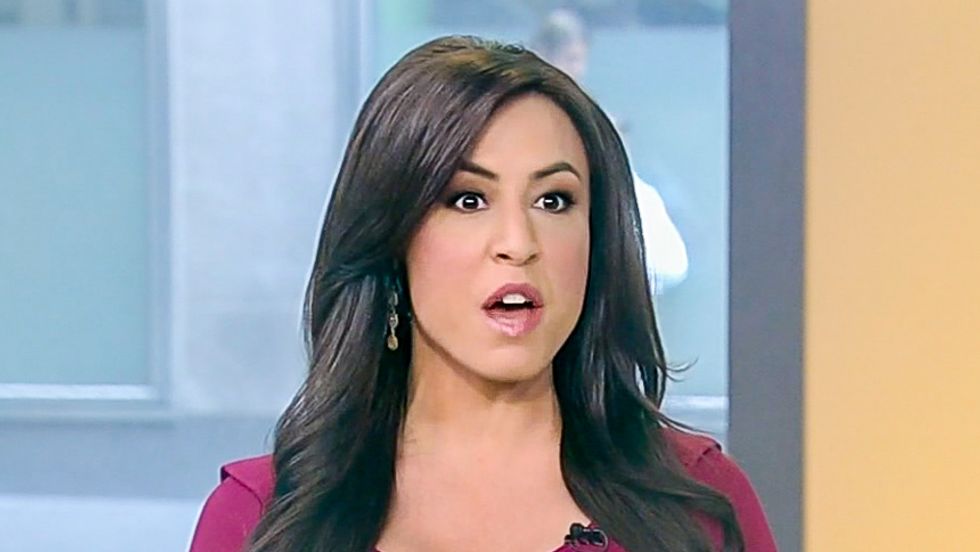 Over the weekend, Boston's Fox affiliate reported that the town of Easton, which is near Boston, was forced to push the end of the school year to June 29 due to an unusual amount of snow this winter. As contingency plan for next year, the school committee decided to eliminate two Jewish holidays and one Christian holiday instead of extending the school year.

On Monday's edition of Outnumbered, Fox News host Jedediah Bila argued that schools should start earlier to "avoid angering this religious group or that religious group, and let everyone have their religious holiday."

But Duffy said that there was something more sinister going on.

"That makes too much sense," the Wisconsin Republican quipped. "Don't let any good crisis go to waste, and if you want to take religion out of the public square, look at Boston and look at all the snow and say, 'What a great reason now, we can take these religious holidays out of our school system.'"

"It's using the crisis to the liberal benefit," he added.

Tantaros agreed: "I think the congressman hit the nail on the head. This is what happens when liberal academic Boston meets ethnic Boston."

"Take away from president's day or go a little earlier in the summer or even a Saturday," she advised. "There's other options but they don't want those options. They would rather take away the religious holidays."

Watch the video below from Fox News' Outnumbered, broadcast March 16, 2015.