Fox's Mark Fuhrman on Ashley Judd reporting online threats: 'If you don't want to play then shut up' 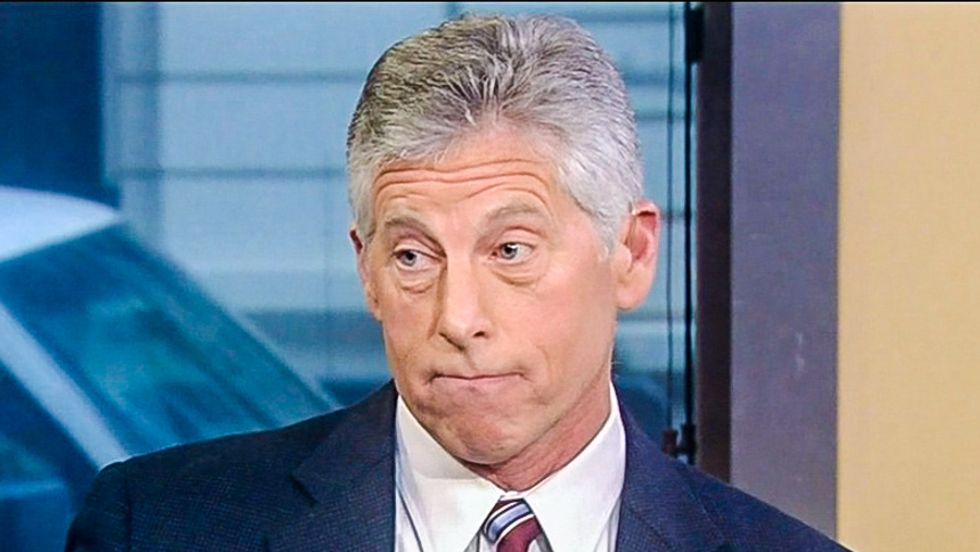 During an interview with MSNBC's Thomas Roberts on Tuesday, Judd explained how she had been threatened while she was tweeting about the Kentucky basketball game on Sunday.

"Everyone needs to take personal responsibility for what they write," she told Roberts.

"When I express a stout opinion during March Madness I am called a whore, c---, threatened with sexual violence," Judd wrote on Twitter. "Not okay."

On Wednesday, Furhman told the hosts of Fox News' Outnumbered that Judd did not have a case if the threats were made during the NCAA men's basketball tournament.

"She doesn't have a case because it's March Madness," he opined. "It's college basketball. It's the playoffs. All bets are off, all laws don't apply."

"So, you can threaten a woman with physical and sexual violence?" Fox News host Andrea Tantaros asked.

"This is my personal opinion," Fuhrman insisted. "During basketball, during March Madness, if you don't want to play then shut up. This is March Madness. Everybody's getting out their best picks, the top four. You know, this is the time you lose money on basketball. And everybody's crazy."

"Take off the comedian hat," Tantaros shot back. "Put on the detective hat. Really, does she have a case? I mean, we have free speech in this country, but he was threatening her with physical violence."

Fuhrman said that he didn't know the details of Judd's case, but he doubted that it was "possible to live that threat or actually make that threat good."

"I kind of wonder why somebody can't just watch the game," the former LAPD detective added. "Why they're playing with their silly device, and actually doing all that."

"You can't threaten people though online," Tantaros concluded. "That is the difference. You cannot threaten their lives or rape or anything. Good for Ashley Judd."

Watch the video below from Fox News' Outnumbered, broadcast March 18, 2015.